In the Grand River Creative Corridor in Detroit, where artists have been invited to claim large canvases, and the streetscape is very colorful. Known as the world's traditional automotive center, "Detroit" is a metonym for the American automobile industry and an important source of popular music legacies celebrated by the city's two familiar nicknames, the Motor City and Motown. Many neighborhoods remain distressed since the collapse of the motor industry. The state governor declared a financial emergency in March 2013, appointing an emergency manager. On July 18, 2013, Detroit filed the largest municipal bankruptcy case in U.S. history. 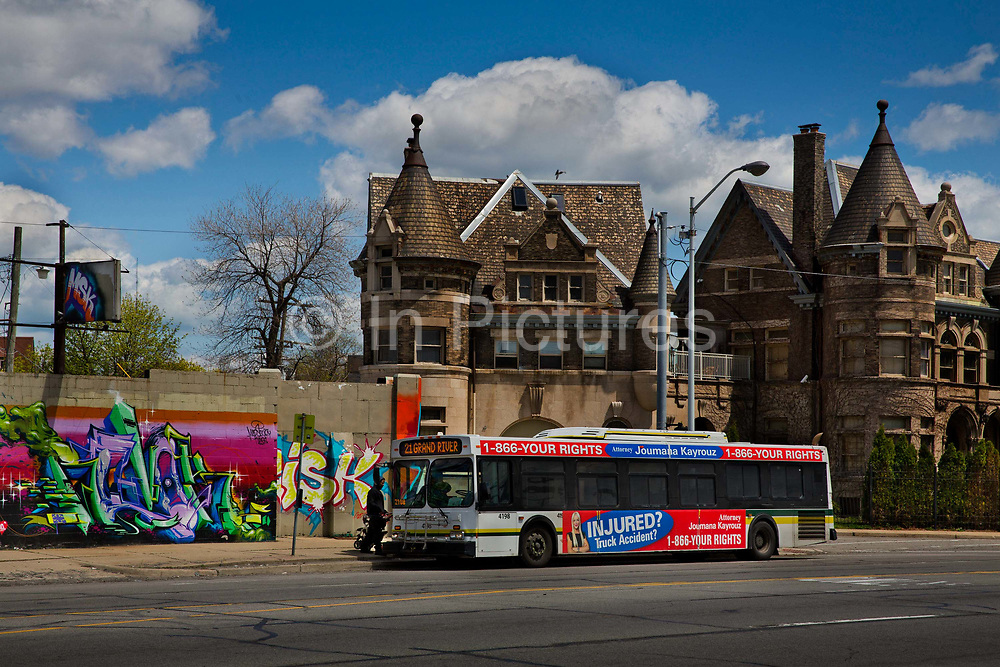