RAF fundraisers watch the Red Arrows, Britain's RAF aerobatic team during a private display high above RAF Akrotiri. Spectators at the Princess Margaret Hospital (TPMH) on the Akrotiri peninsula, about 4 kilometres from the RAF Station at Akrotiri, admire the elite 'Red Arrows', Britain's prestigious Royal Air Force aerobatic team, as they perform one of their first public shows of the year. RAF staff and patients are allowed on to the grass outside the hospital building for this free show, given in honour of local charity fund-raisers of the Cyprus-based RAF Association whose guests form one of the smallest crowds to watch a Red Arrows display. Since 1965 the squadron have flown over 4,000 shows in 52 countries and are an important part of Britain's summer events where aerobatics aircraft perform their manoeuvres in front of massed crowds. 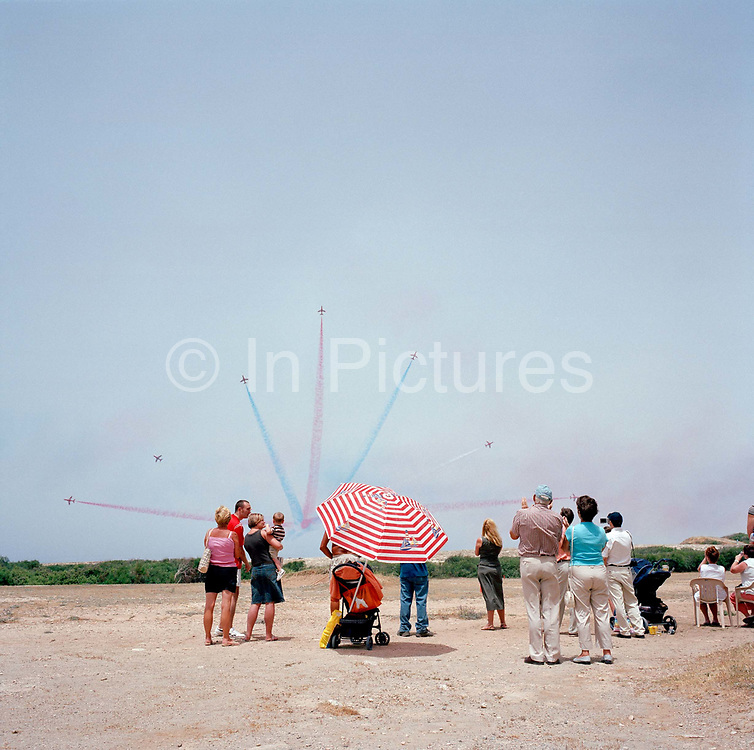