The architecture of the Great Court of the British Museum, on 28th February 2017, in London, England. Designed by Foster and Partners, the Queen Elizabeth II Great Court transformed the Museum’s inner courtyard into the largest covered public square in Europe. It is a two-acre space enclosed by a spectacular glass roof with the world-famous Reading Room at its centre. The £100 million project was supported by grants of £30 million from the Millennium Commission and £15.75 million from the Heritage Lottery Fund. The Great Court was opened on 6 December 2000 by Her Majesty the Queen. 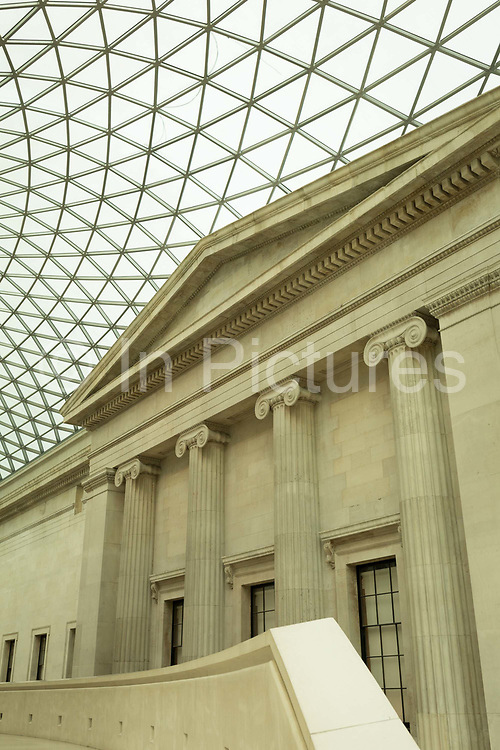