Visitors admire the inner circle of Palacio de Carlos V at Alhambra, Granada. The Palace of Charles V is a Renacentist construction in Granada, southern Spain, located on the top of the hill of the Assabica, inside the Nasrid fortification of the Alhambra. It was commanded by Charles V, Holy Roman Emperor, who wished to establish his residence close to the Alhambra palaces. The plan of the palace is a 63 meter square containing an inner circular patio. This structure, the main Mannerist characteristic of the palace, has no precedent in Renaissance architecture, and places the building in the avant-garde of its time. The circular patio has also two levels. The lower consists of a doric colonnade of conglomerate stone, with an orthodox classical entablature formed of triglyphs and metopes. 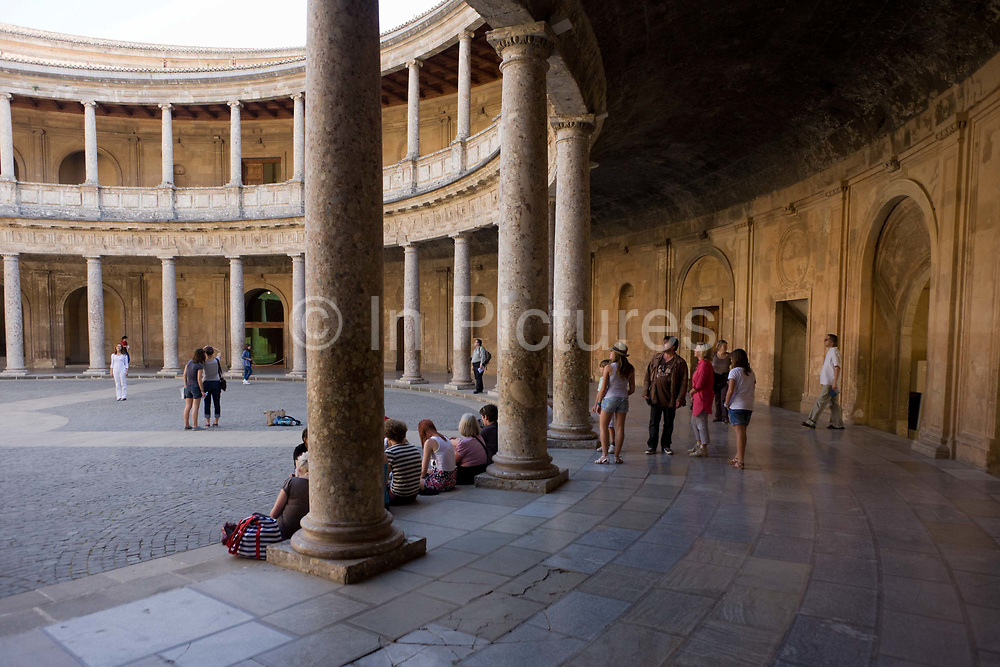