Important City of London figures, one time Lord Mayor of London Dick Whittington and Thomas Gresham. Richard Whittington (c. 1354–1423) was a medieval merchant and politician, and the real-life inspiration for the pantomime character Dick Whittington. He was four times Lord Mayor of London, a Member of Parliament and a sheriff of London. In his lifetime he financed a number of public projects, such as drainage systems in poor areas of medieval London, and a hospital ward for unmarried mothers. He knew three of the five kings who reigned during his lifetime. Sir Thomas Gresham (c. 1519 – 21 November 1579) was an English merchant and financier who worked for King Edward VI of England and for Edward's half-sisters, Queens Mary I and Elizabeth I. 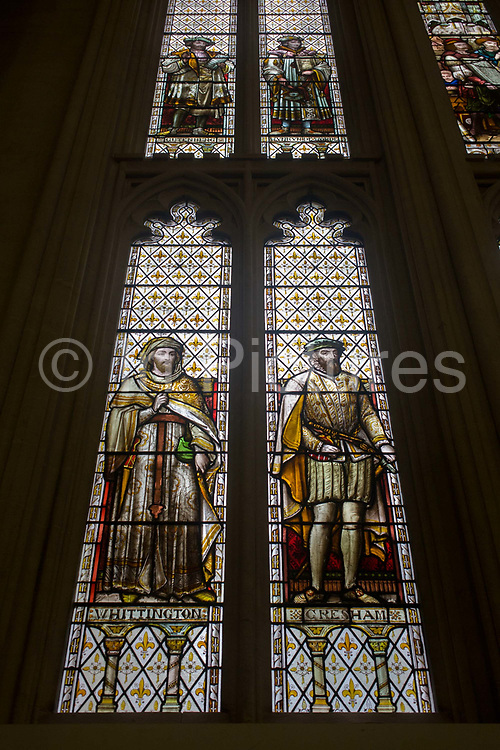