The Philippines - Bantayan Island - Fish vendor and fisherman in Talisay

Imelda Esgana, fish vendor discussing the day's catch with a fisherman, Talisay, Santa Fe, Bantayan Island, The Philippines. Every morning at 7 am Imelda meets the fishermen as they return from the sea with their catch. After sorting and weighing, Imelda sells the fish locally by going house to house. On November 6 2013 Typhoon Haiyan hit the Philippines and was one of the most powerful storms to ever make landfall. Three-quarters of the island’s population of about 136,000 depend on fishing as their main source of income. Thousands lost their boats and equipment in the storm. Oxfam is working to support the immediate and long-term needs of affected communities on Bantayan Island including establishing boat repair stations. 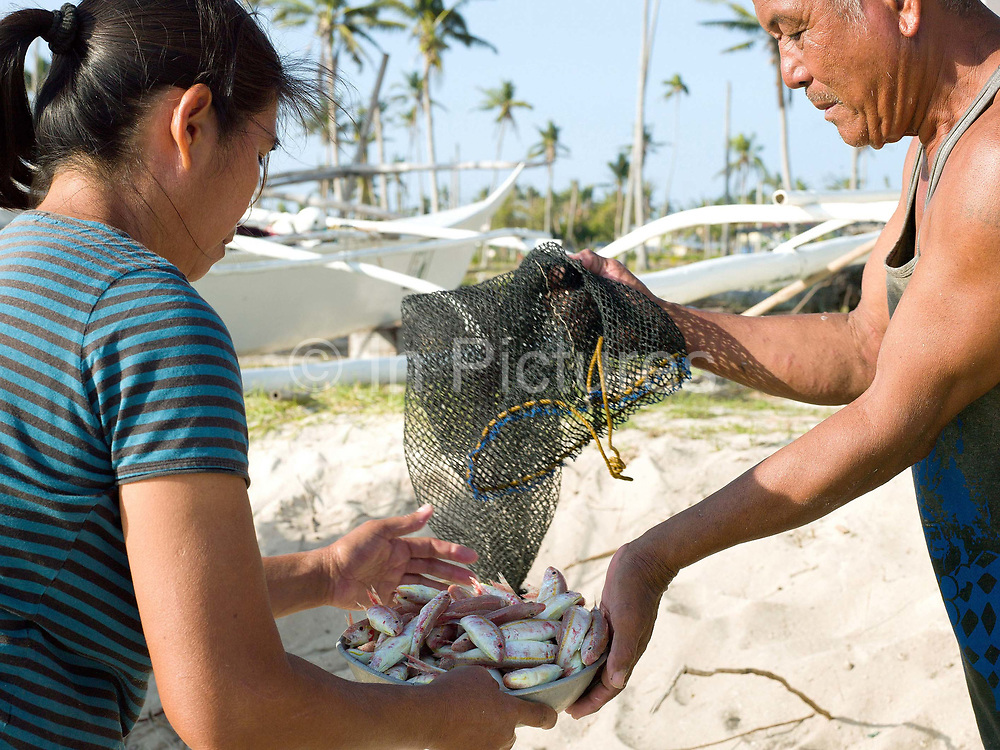