The Hell dance arena is circle built of black gothic shards and brimmed with raging flames combines the best of The Hub and Club Dada’s epic programming to create the Hell Stage arena.
Shangri-La is the after-hours epicentre of the Glastonbury Festival 2013. The theme for 2013 is Afterlife with the visiters choice between heavan and hell.
Revellers at Shangri-La, have to make their way through a corridor of purgatory, with stalls themed around the seven deadly sins, and the Shangri Hell stage. Glastonbury is the world's biggest greenfield festival with nearly 200,000 visiters camping in the dairy farm of Michael Evis in Somerset, UK.
The first festival was in 1970 and was influenced by hippie ethics and the free festival movement. The festival retains vestiges of this tradition such as the Green Fields area which includes the Green Futures and Healing Field. 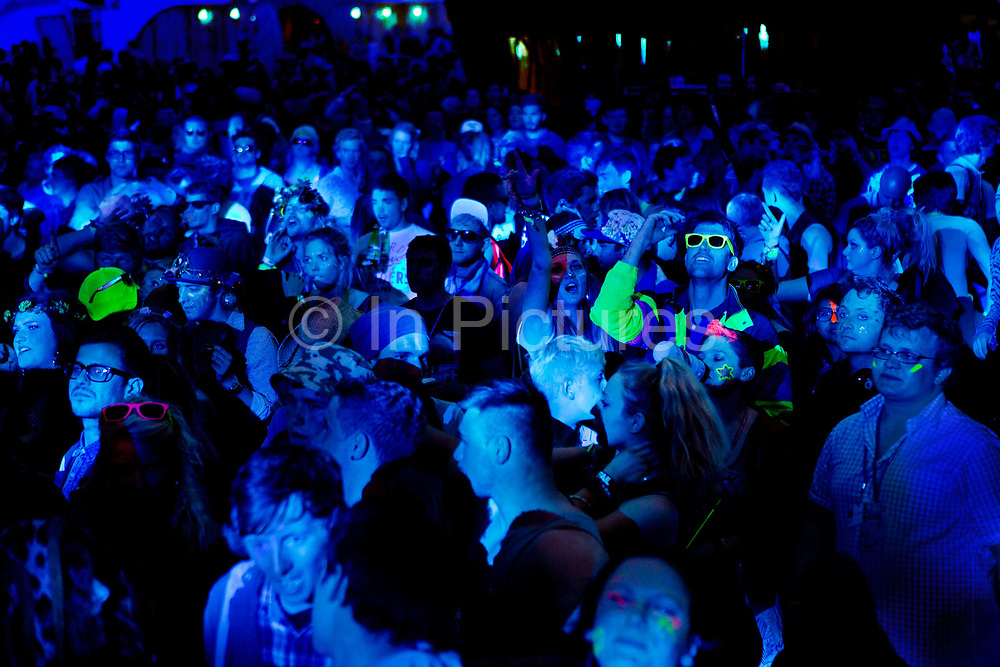