Jeffrey Barnard Drinks In The Coach And Horses

English writer, Jeffrey Barnard drinks at lunchtime in his favoured Coach And Horses pub, in the summer of 1990 in Soho, London, England. Jeffrey Bernard 1932 – 1997 was a British journalist, best known for his weekly column Low Life in The Spectator magazine, and also notorious for a feckless and chaotic career and life of alcohol abuse. He became associated with the louche and bohemian atmosphere that existed in Londons Soho district. He was later immortalised in the comical play Jeffrey Bernard Is Unwell by Keith Waterhouse. 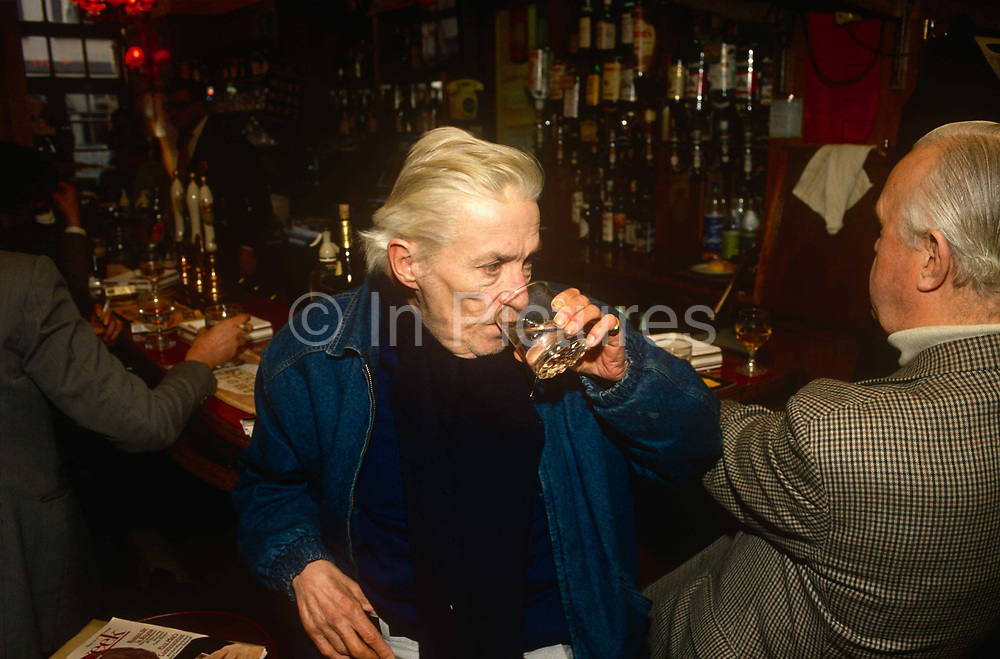