Re-enactment soldiers at Housesteads Fort on Roman Hadrian's Wall, once the northern frontier of Rome's empire. Hadrian's Wall (Latin: Vallum Aelium) was a stone and timber fortification built by the Roman Empire across the width of what is now northern England. Begun in AD 122, during the rule of emperor Hadrian, it was built as a military fortification though gates through the wall served as customs posts to allow trade and levy taxation. The 4.5m high Wall was 80 Roman miles (73.5 miles, 117km) long and so important was it to secure its length that up to 10% of the Roman army total force were stationed here. Tough walkers generally take 7 days to trek its coast-to-coast length. These Roman soldier enthusiasts have dressed up for a Roman day. 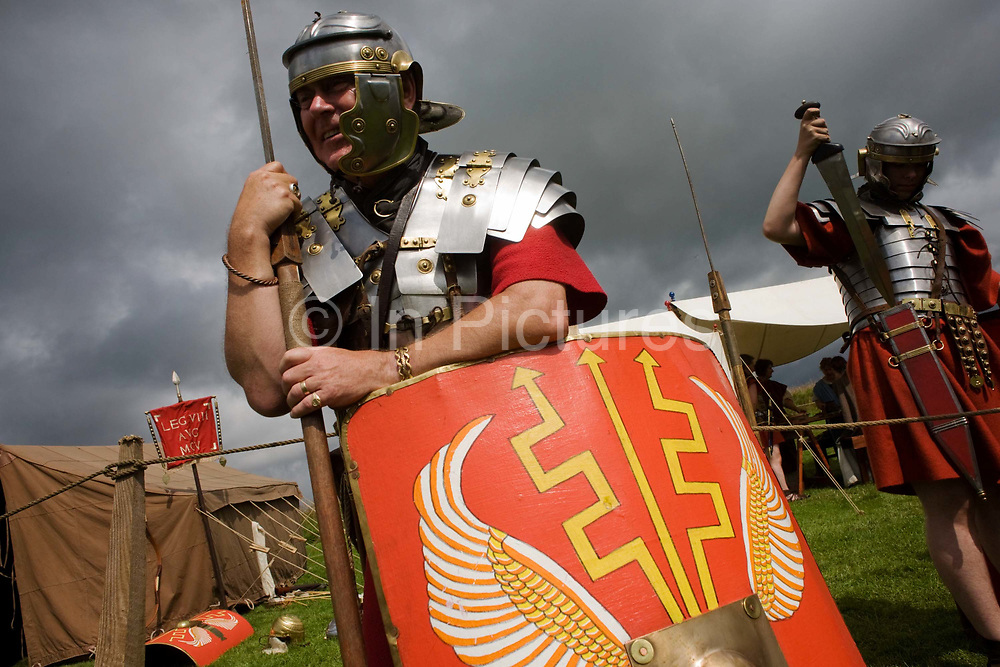