An aerial landscape view of a railway network whose tracks and rails converge on a station in central London. Three trains filled with commuters all make their way into this unseen railway hub. The route curls away into the distance, slicing its way through the capital. London Rail is a directorate of Transport for London (TFL), involved in the relationship with the National Rail network within London, UK. It manages non-tube rail systems in London. Railways started to change the landscape of London itself, followed by its suburbs in the mid to late 19th century when streets and neighbourhoods were cut in half by the new infrastructure. 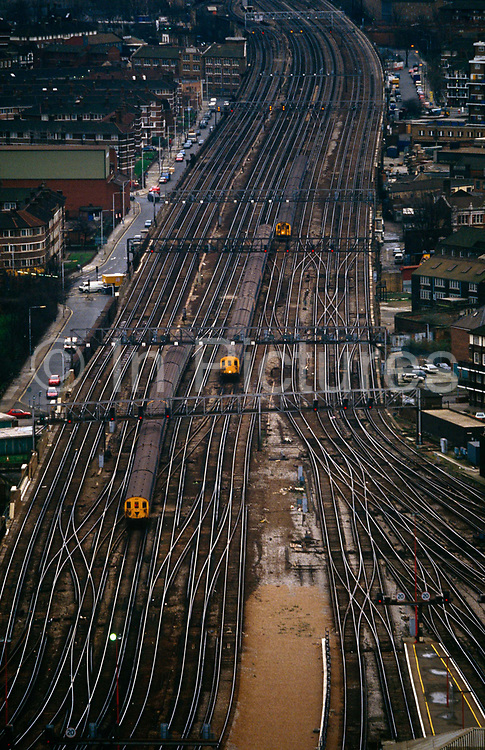