Buddhist monks and important local dignitaries during the baci ceremony at the Sayaboury elephant festival, Sayaboury province, Lao PDR. The baci is a long series of chanted blessings and exhortations to welcome back any ‘kwans’ or body spirits that might have been lost. In traditional Lao culture it is believed that elephants, like humans, have 32 kwan (or souls), vital for health and spiritual wellbeing.

Originally created by ElefantAsia in 2007, the 3-day elephant festival takes place in February in the province of Sayaboury with over 80,000 local and international people coming together to experience the grand procession of decorated elephants. It is now organised by the provincial government of Sayaboury.The Elephant Festival is designed to draw the public's attention to the condition of the endangered elephant, whilst acknowledging and celebrating the ancestral tradition of elephant domestication and the way of life chosen by the mahout. Laos was once known as the land of a million elephants but now there are fewer than 900 living in the country. Around 470 of them are in captivity, traditionally employed by a lucrative logging industry. Elephants are trained and worked by a mahout (handler) whose relationship to the animal is often described as a marriage and can last a lifetime. But captive elephants are often overworked and exhausted and as a consequence no longer breed. With only two elephants born for every ten that die, the Asian elephant, the sacred national emblem of Laos, is under serious threat of extinction. 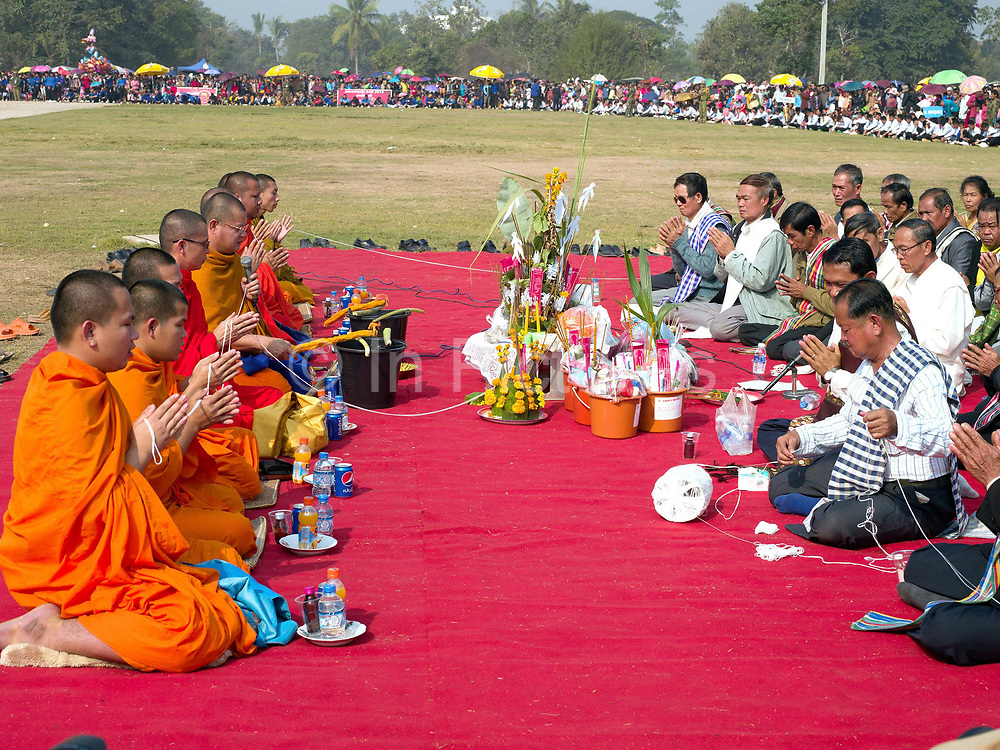