Young students and small fire during protest against government education cuts in Trafalgar Square. Holding a variety of splinter marches, students were campaigning against plans to raise tuition fees in England to up to £9,000 per year, with a vote expected in the House of Commons before Christmas. Police arrested 153 people during clashes in London on the third day of protests against plans to raise student tuition fees. The day ended with a stand-off with police in Trafalgar Square. 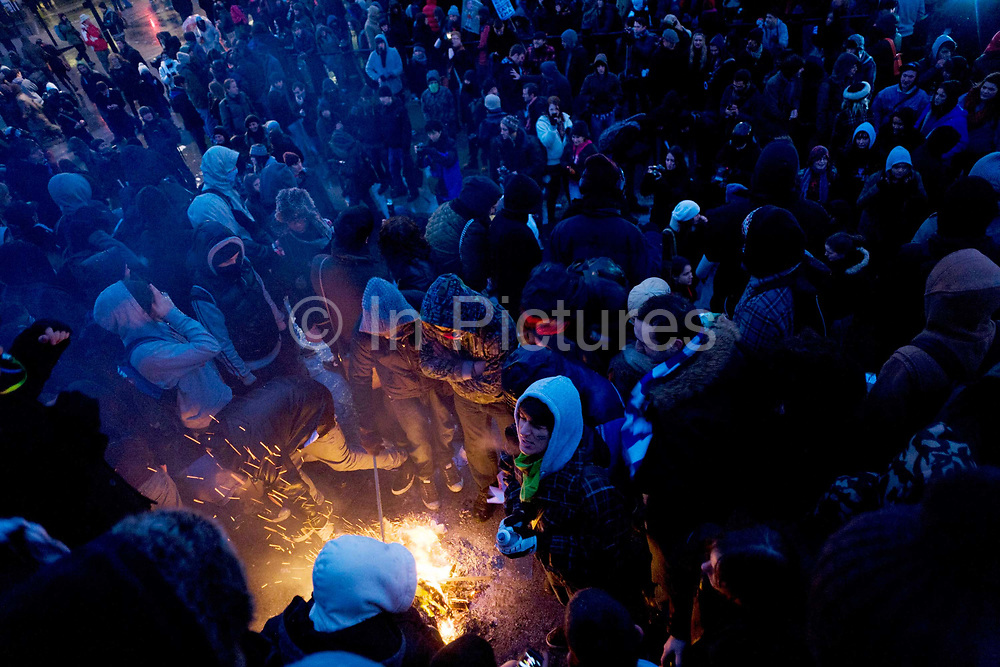