Byland Abbey, North Yorkshire, England, UK. Byland Abbey is a ruined abbey and a small village in the Ryedale district of North Yorkshire, England, in the North York Moors National Park. Impressive remains can still be seen, in the care of English Heritage, including the lower half of a huge rose window. It was founded as a Savigniac abbey in January 1135 and was absorbed by the Cistercian order in 1147. It wasn't an easy start for the community who had had to move five times before settling at New Byland, near Coxwold in 1177. 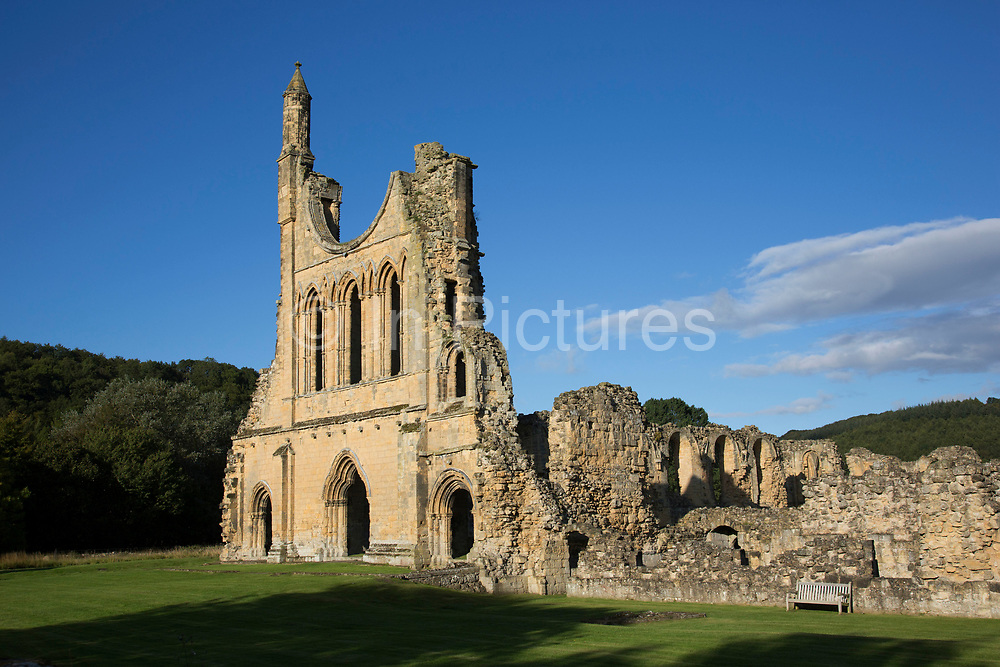