Set below palm trees, a low angle early morning view of the high walls of Palma's Museum del Palau de la Almudaina (Almudaina Palace). The Royal Palace of La Almudaina is the Alcázar (fortified palace) of Palma, the capital city of the Island of Majorca, Spain. Having been built as an Arabian Fort, it was claimed as official royal residence in the early 14th century. Inside it has many empty rooms, however, when King James II began restoration, his design plan included the encompassing of the small, romanesque Chapel of Saint Anne. It stands opposite the dramatic Palma Cathedral with commanding views over the Bay of Palma. It belongs to and is administered by the public Patrimonio Nacional which administers the assets of the State for the Crown. 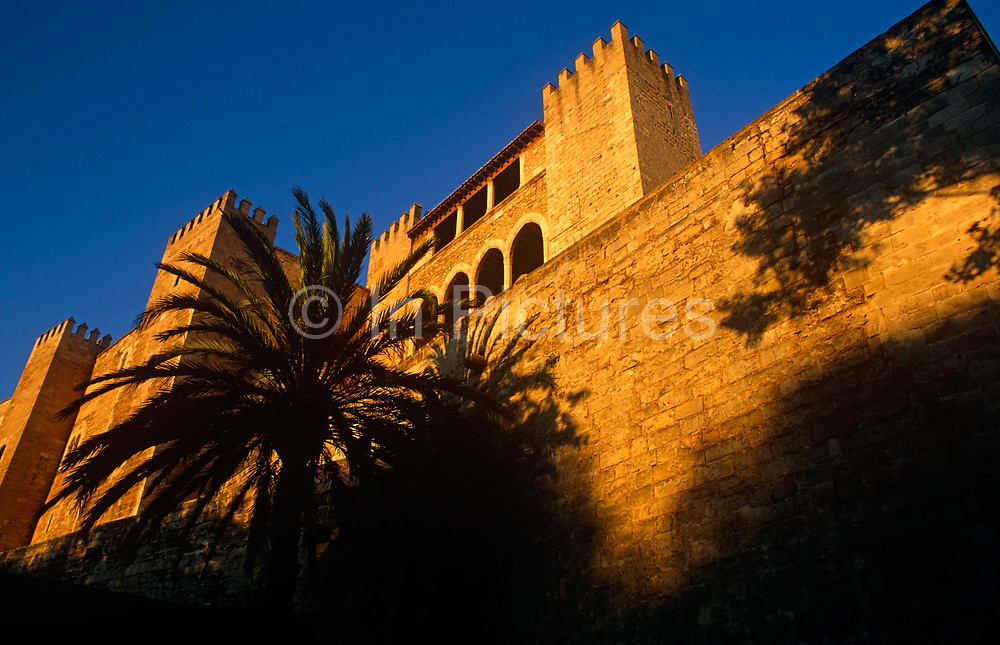