Man supporting the Remain campaign and wearing the European flag draws cash from a London bank cash dispenser before the Together for the final say march for a People¹s Vote on 19th October 2019 in London, United Kingdom. On this day parliament will be sitting on a Saturday for the first time since the 1980s, as time runs out before the PM is supposed to ask the EU for a three month extension by law under the Benn Act. With less than two weeks until the UK is supposed to be leaving the European Union, the final result still hangs in the balance and protesters gathered in their hundreds of thousands to make political leaders take notice and to give the British public a vote on the final Brexit deal, with the aim to revoke Article 50. 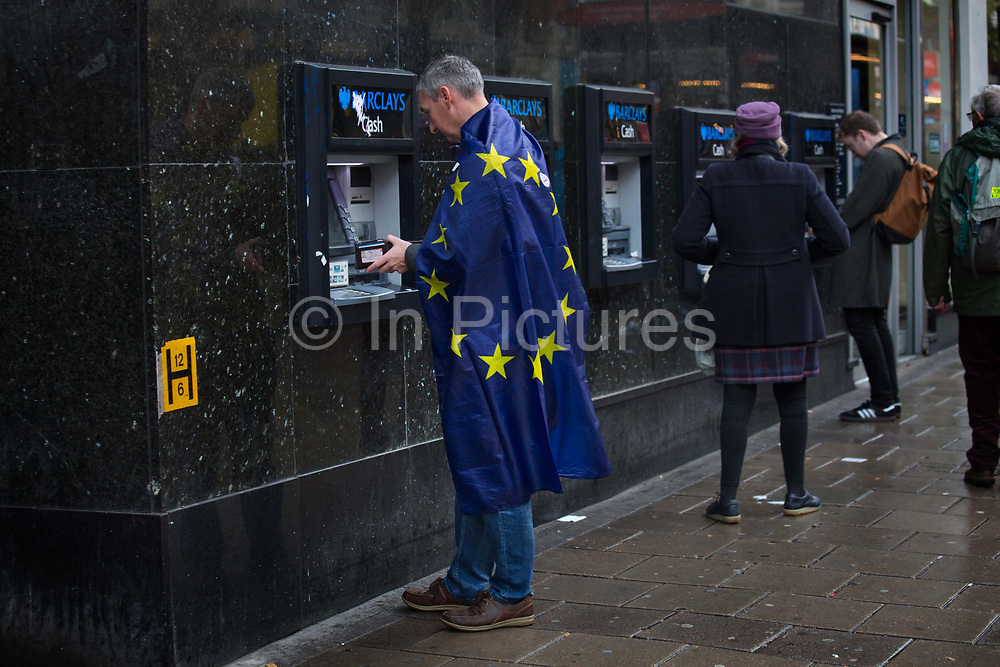