Secure pink balloons due to be released during a PR event for the Langham Hotel in central London, UK. The event is being filmed and photographed and attracts onlookers and hotel employees eager to see the balloons fly up in the air. The Langham, London is one of the largest and best known traditional style grand hotels in London. It is in the district of Marylebone on Langham Place and faces up Portland Place towards Regent's Park. The Langham was designed by John Giles and built between 1863 and 1865 at a cost of £300,000. It was then the largest and most modern hotel in the city 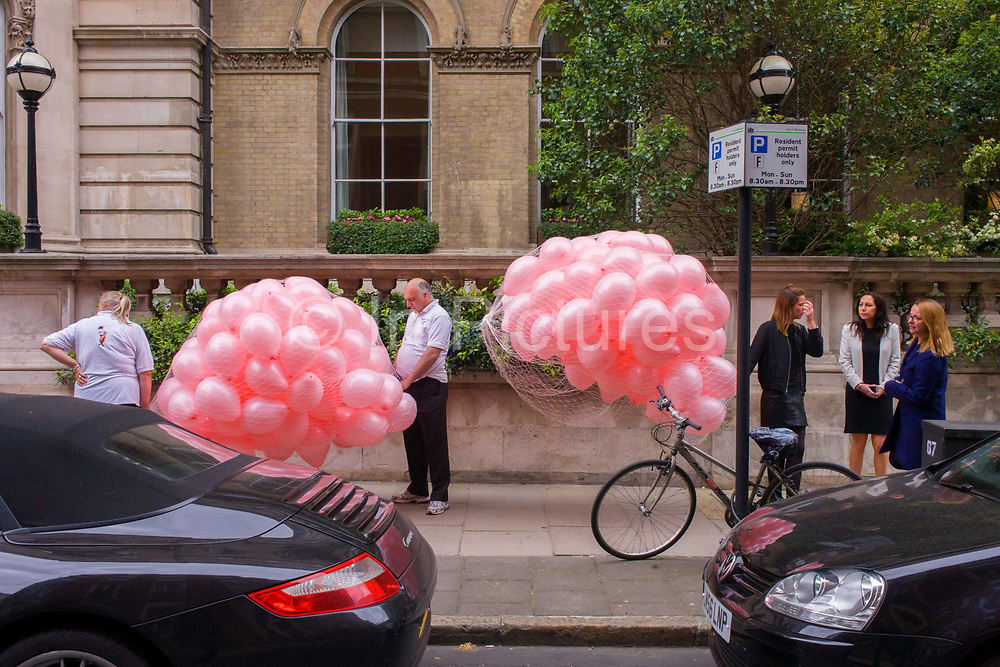