Jude Law, actor, and John Sauven, Director of Greenpeace in conversation outside the Russian Embassy. Greenpeace and sympathisers picket the Russian Embassy in London as part of a global day of action in defence of the 30 Greenpeace activists arrested and detained in Russia. All 28 activists and the 2 journalists are now chrged with piracy after a week of detainment in a Murmansk prison. Gazprom, with it's appaling health and safety record is about to start drilling in the Arctic as one of the first big oil companies. The Arctic 30 were arrested and the ship the Arctic Sunrise ceased by armed Ruassian special forces in international waters in the Arctic after Greenpeace peacefully tried to scale a Gazprom oil rig to prevent it from drilling for oil in the highly sensitive arctic sea. 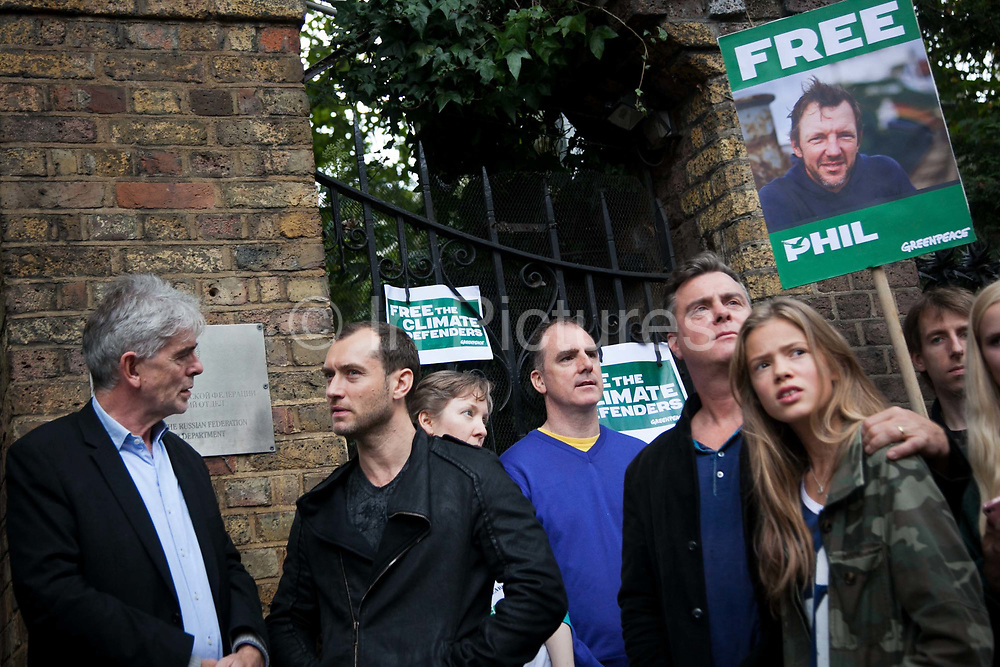