The head of former South African activist and president Nelson Mandela, an artwork by sculptor Ian Walters, has been covered to protect it from right-wing protesters as a result of slavery profiteers statues being targetted by the Black Lives Matter movement. The far-right have been promising to attack prominent statues of black politicians such as Mandela here, outside the Royal festival Hall on the Southbank, and elsewhere like Parliament Square, on 23rd June 2020, in London, England. 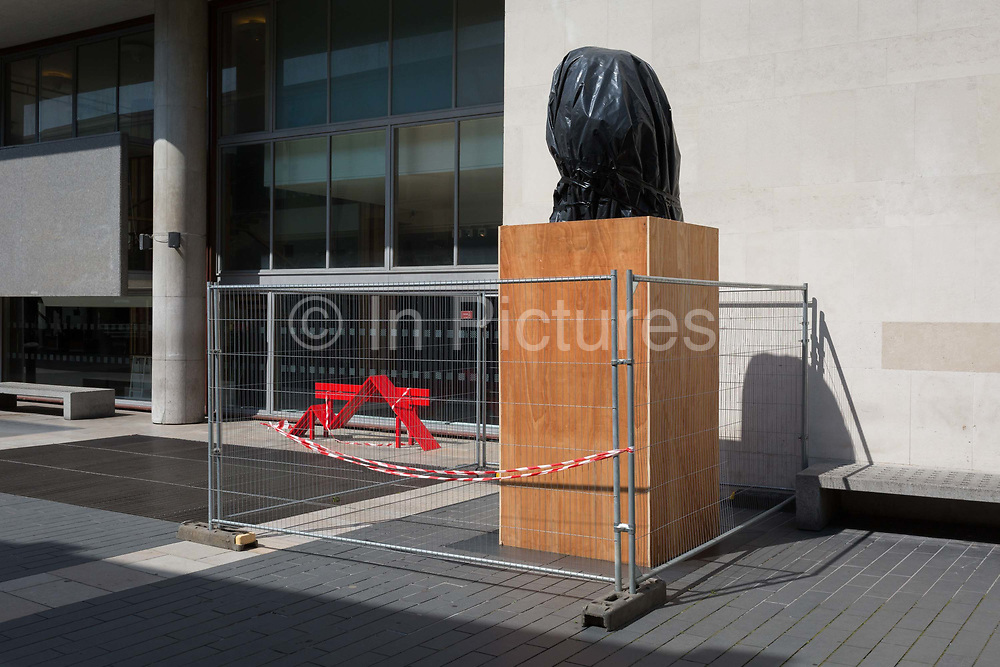