As traffic drives over London Bridge, a griffin statue marks the southern boundary between Southwark on the south side and the City of London beyond on the bridge. The City of London is a geographically-small City within Greater London, England. The City of London is the historic core of London from which, along with Westminster, the modern conurbation grew. The City's boundaries have remained constant since the Middle Ages but it is now only a tiny part of Greater London. The City of London is a major financial centre, often referred to as just the City or as the Square Mile, as it is approximately one square mile (2.6 km) in area. London Bridge's history stretches back to the first crossing over Roman Londinium, close to this site and subsequent wooden and stone bridges have helped modern London become a financial success. 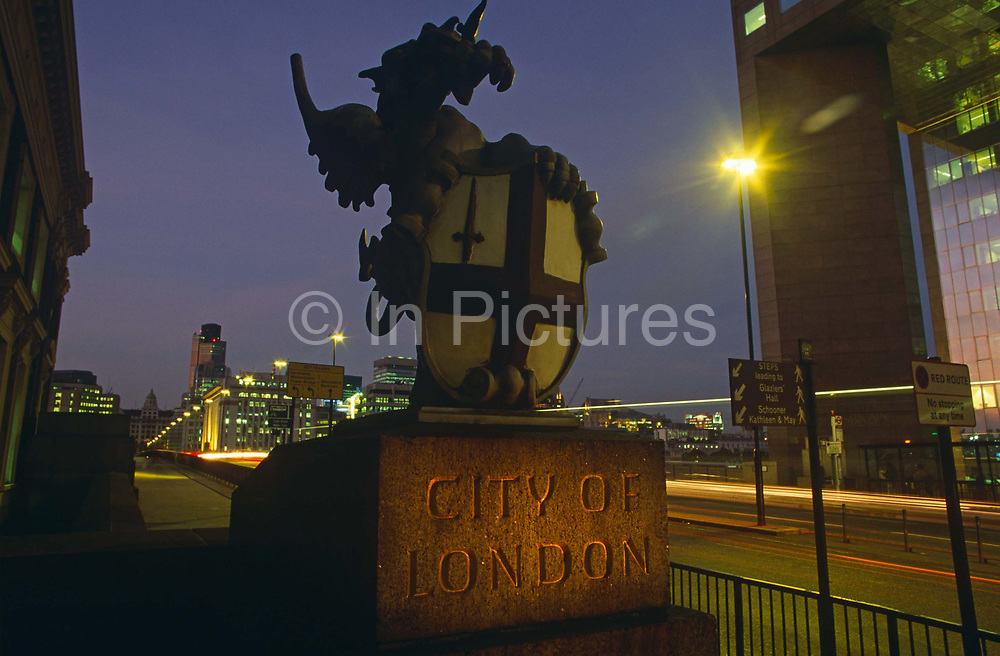