Brutalist concrete architecture of New Street Station Signal Box in Birmingham, United Kingdom. New Street Station has been at the centre of public attention in recent times, with its extensive redevelopment works in full swing. However, at the heart of it, and often overlooked, sits the Grade II listed signal box on Navigation Street, which houses the centre of all rail operations of the station. The corrugated concrete Brutalist structure may polarise public opinion, but is actually home of one of the city’s most vital and intense infrastructure systems, serving the busiest rail interchange in the UK. Brutalist architecture is a movement in architecture that flourished from the 1950s to the mid-1970s, descending from the modernist architectural movement of the early 20th century. 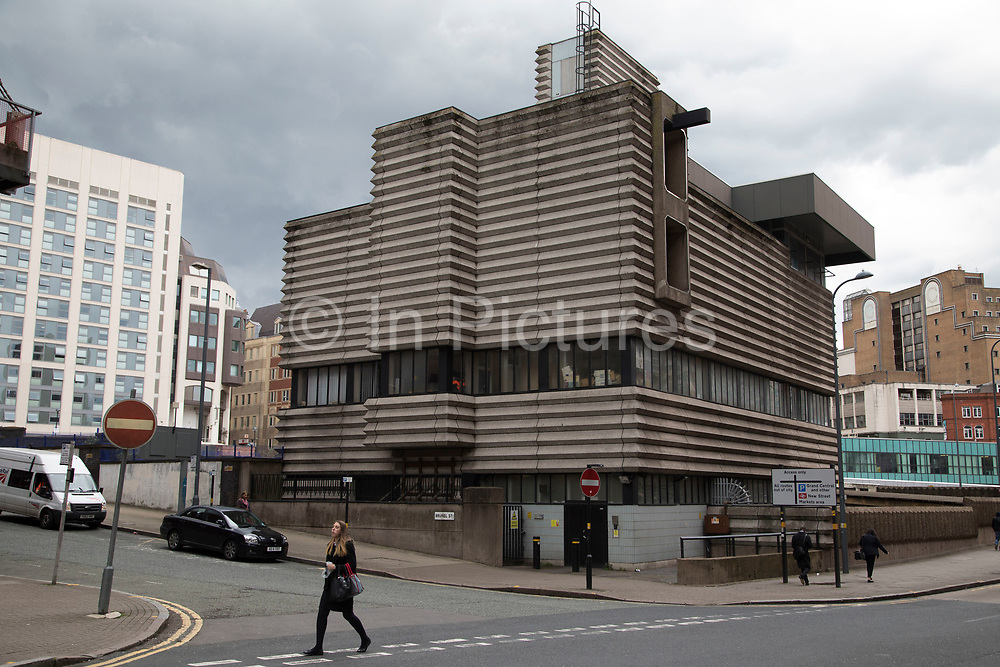