London, UK. Saturday 25th May 2013. Shoaib Zefar (25) from Pakistan speaks to Khue Pham, with his parents at the memorial to Drummer Lee Rigby in Woolwich, London, UK. He says that what happened here is not Islam, but that all Islam was peaceful and how important it was fro them to come to pay their respects. Flowers from every section of the local community along with messages of condolence and support. On the afternoon of 22 May 2013, Lee Rigby, a British Army soldier and a Drummer of the Royal Regiment of Fusiliers, was killed by two attackers near the Royal Artillery Barracks in Woolwich, south-east London. 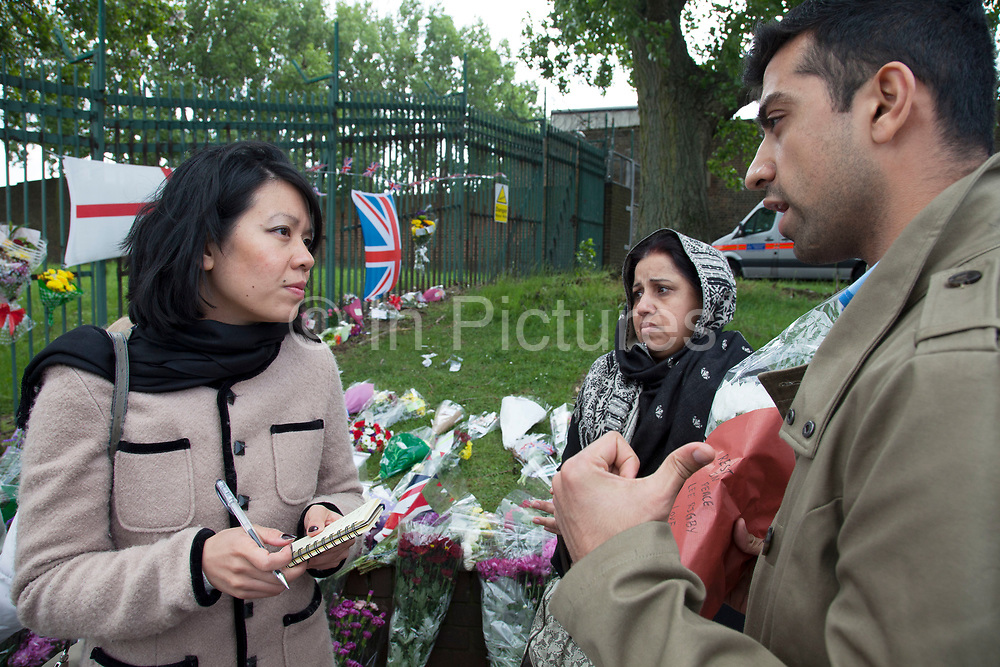