Twenty-four hours day after the House of Commons Speaker John Bercow refused a government request to hold a "yes" or "no" vote on its Brexit deal, police officers walk past a Brexiteer's placard that calls for his arrest, on 22nd October 2019, in London, England. Bercow had said a motion on the deal had been brought before MPs on (Super) Saturday when MPs had sat (to vote for Boris Johnson's Brexit deal), for the first time in 37 years, saying it would be "repetitive and disorderly" to debate it again. Bercow has also historically been accused of bias by Conservatives and Brexit supporters. (Photo by Richard Baker / In Pictures via Getty Images) 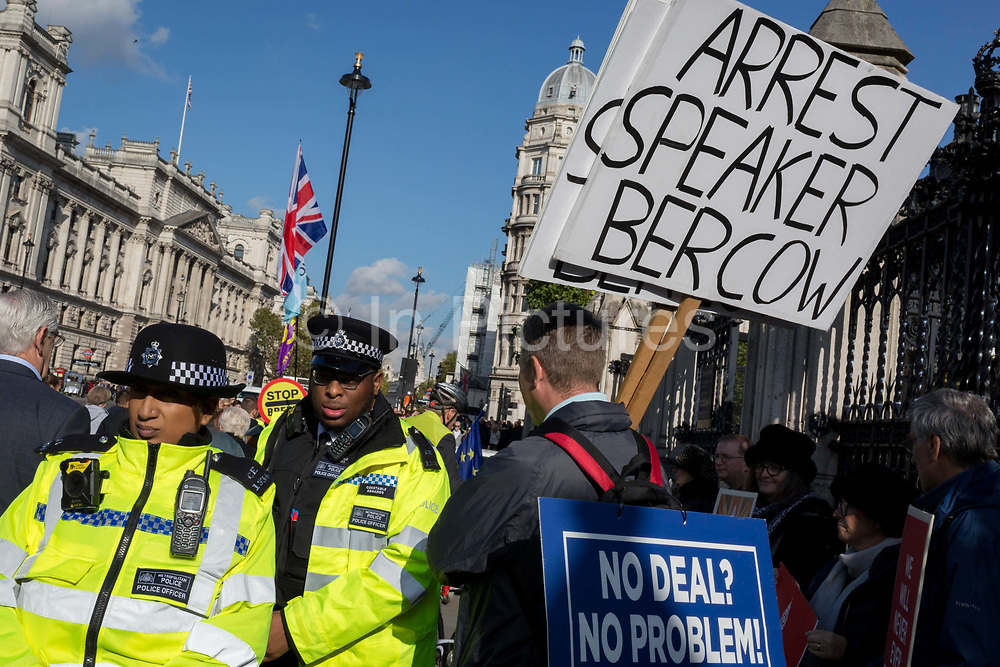