1980s Sri Lankan schoolgirls in clean white uniforms and visiting the ancient city of Polonnaruwa, stand alongside the Shiva Devale temple, on 12th Arpil 1980, at Polonnaruwa, Sri Lanka. Shiva Devale No 2 is the oldest structure in Polonnaruwa and dates from the brief Chola period, when the Indian invaders established the city. Built in the 11th century, this Hindu temple built entirely of stone. Within in the sanctum is a stone carved lingam or phallus, a symbol of Hindu god Diva. In front of the temple is the Nandi bull, God Shiva’s vehicle. Polonnaruwa, Sri Lanka’s splendid medieval capital was established as the first city of the land in the 11th Century, A.D. 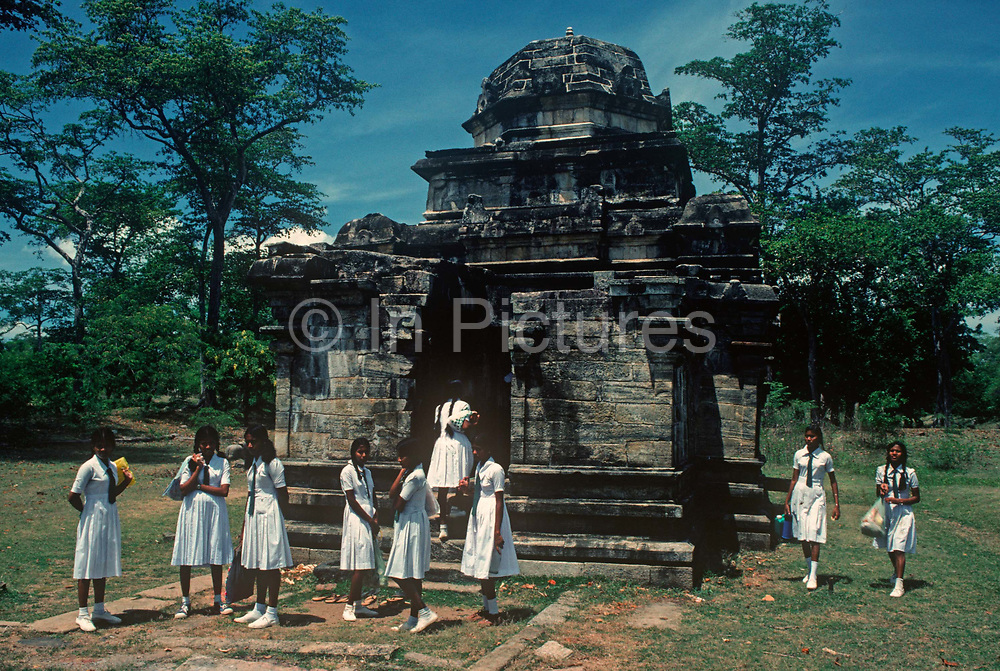