Seen from Colle-Kohlern lookout tower, an aerial landscape of the northern Italian south Tyrolean city of Bozen-Bolzano. Bolzano / Bozen (German) is the capital city of South Tyrol, the German speaking region in the northern part of Italy. Bolzano is the largest city in the region. Its archaeology museum is famous worldwide as the home of the neolithic alpine iceman "Ötzi" found north of here on the Italian/Autrian border. According to the 2011 census, there are 505,000 inhabitants in south Tyrol. 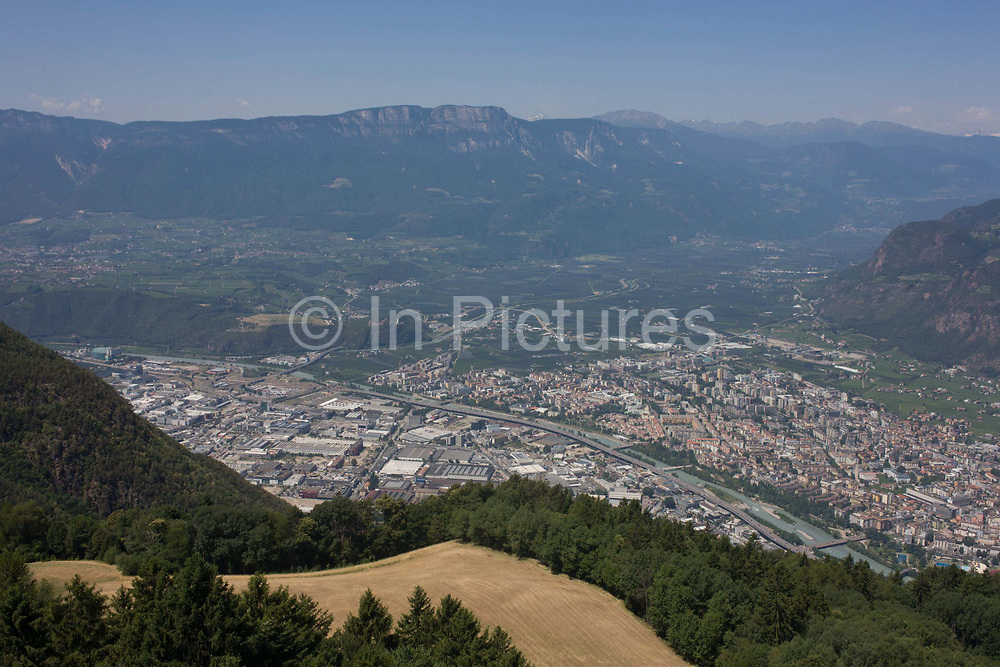