On a street in Macau (also Macao) in the Chinese Special Economic Region (SER), we see the tall stack of cardboard on the back of a bicycle. Its partly-obscured rider and owner has one foot placed on the bike's pedal while his right arm has firm hold of the pile of materials to prevent it from toppling over. In the background we see the signs of many local businesses, their Chinese characters seen clearly on the sides of buildings as pedestrians walk on the pavements. Administered by Portugal until 1999, Macau was the oldest European colony in China, dating back to the 16th century. The administrative power over Macau was transferred to the People's Republic of China (PRC) in 1999, 2 years after Hong Kong's own handover. Macau's name is derived from A-Ma-Gau or Place of A-Ma 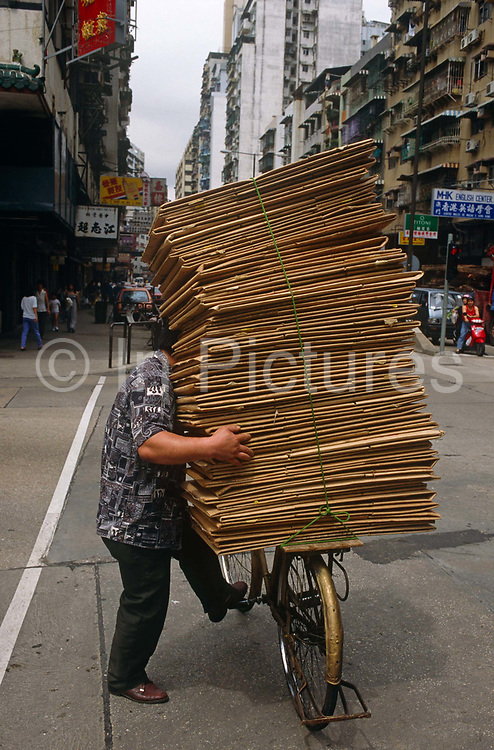