Father Chris Vipers is a Catholic Priest and says a brief prayer in the private dressing backroom called the Sacristy (also known as the Vestry) before Mass at St. Lawrence's Catholic church in Feltham, London. He is wearing a decorative red Chasuble (the outermost liturgical vestment worn by clergy for the celebration of the Eucharist in Western-tradition Christian Churches that use full vestments, primarily in the Roman Catholic, Anglican and Lutheran churches). Saying a brief prayer to a photograph portrait of Cardinal Newman. Father Vipers is about to go out into the main church where his congregation awaits for the Mass, this morning with the theme of St Bartholomew, the Apostle. 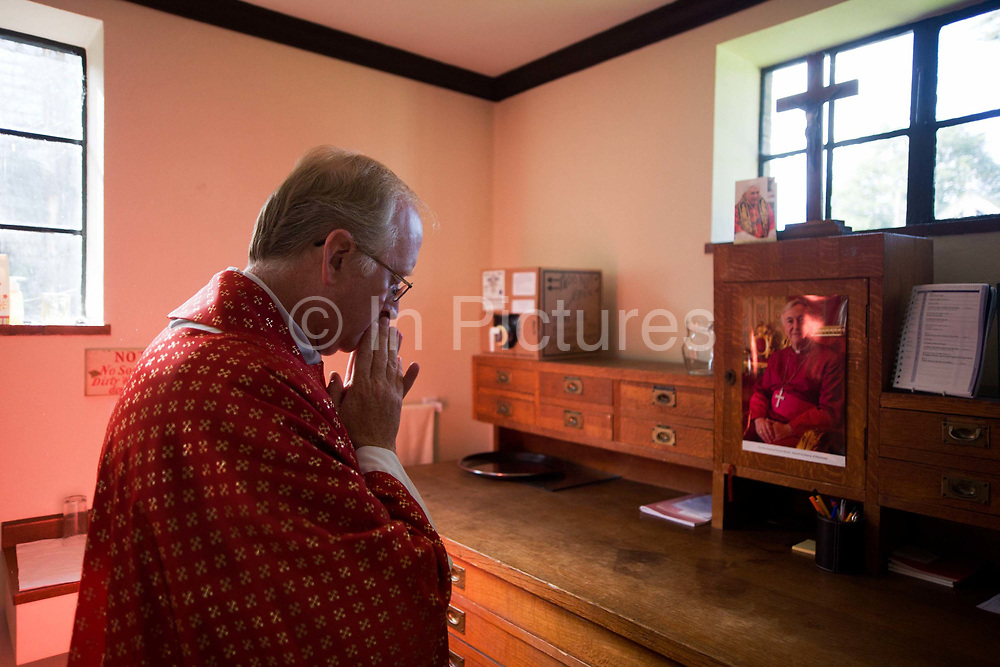