Outskirts of Korce. A bunker, one of 700,000, has been built outside the house for protection against an unseen enemy. The bunkers, each large enough for a man and his rifle, were built by Albania's Stalinist dictator Hoxha between 1950-1985, who propigated the fear of invasion from all corners, from NATO and even the Soviet Union, against an enemy that never came.

It is said that when a prototype for the bunkers was presented to Hoxha, he demanded the architect to go inside of it. A tank was then ordered to open fire. The bunker withstood the shelling, the architect survived, and Hoxha gave the go ahead to build replicas of the prototype all over the country. There is still one bunker for every four Albanians today, and nobody seems to know what to do with them. 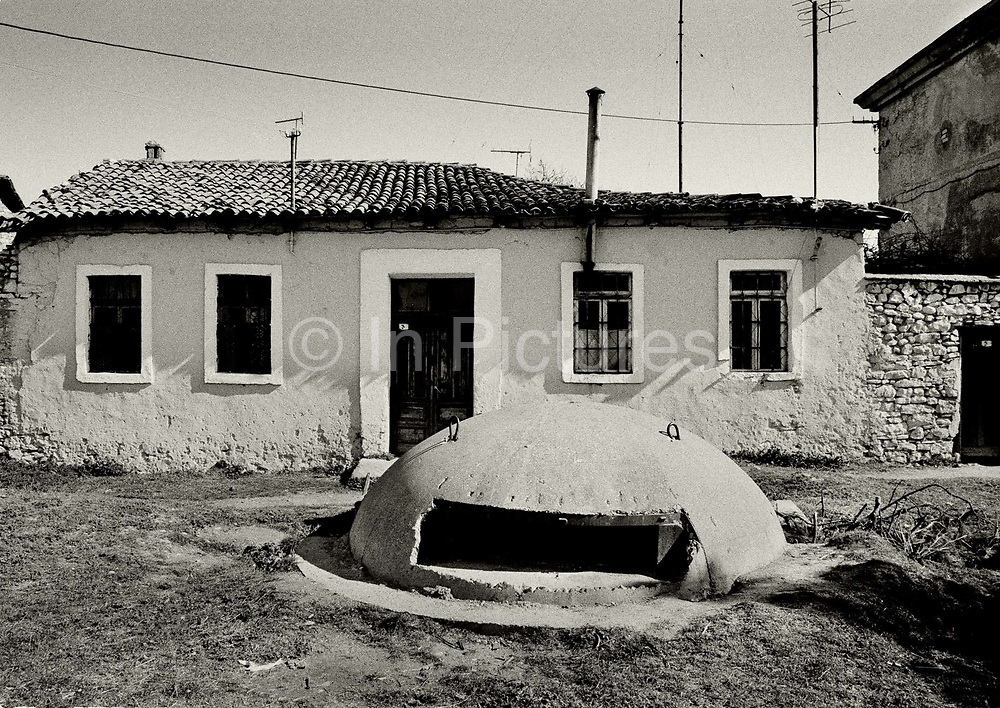