First Nation woman Kiera Dawn-Kolson sing a traditional song outside Shell HQ to change their spirit and hearts and get out of her ancestors land in Canada. The giant polar bear puppet Aurora made by Greenpeace walked the streets of London in defence of the Arctic as part of a Greenpeace global day of action. The parade,part performance part protest, was to highlight the melting ice caps and the increasing and potentially devastating oil drilling in the arctic sea. Shell is one of the companies drilling and the march through London ended up outside Shell London HQ to draw attention to their oil business in the arctic. Aurora, the biggest polar bear in the world represents all endangered species in arctic. 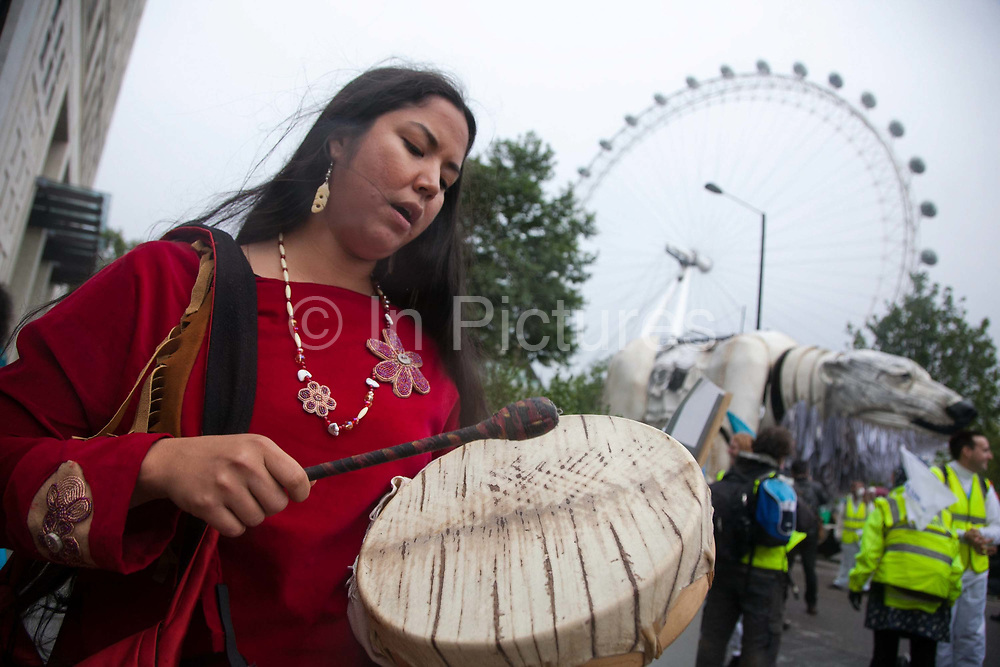