15 activists enter Stansted Airport and block a chartered deportation flight on 28th of March 2017 at Stansted Airport, Stansted, United Kingdom. The activists locked themselves together near the plane in a secluded part of the airport. The flight was scheduled for Nigeria and Ghana to take 57 deportees, some of whom risking imprisonment and possible death in their home country according to the activists research. A number of the fifty-seven scheduled on the flight that night are still in the UK pending case hearings and at least two has since been allowed to stay in the UK. Without the Stansted 15s intervention this would not have happened. The 15 activists were found guilty in December 2018 and sentenced February 2019. Twelve were given community orders, three were given a suspended jail term sentences. 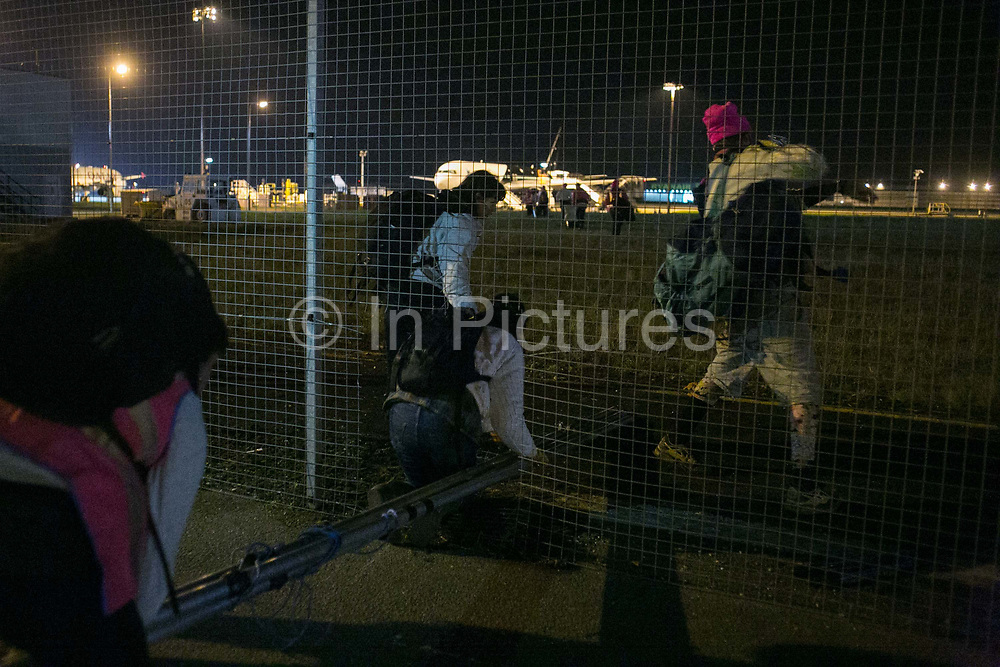