March For The Battle Of Cable Street 80th Anniversary

Great Yiddish Parade band playing in Altab Ali Park during the Cable Street 80 march and rally through Whitechapel to mark the 80th anniversary of the Battle of Cable Street on 9th October 2016 in London, United Kingdom. The demonstration marks the day when tens of thousands of people across the East End, joined by others who came to support them, prevented Oswald Mosley’s British Union of Fascists invading the Jewish areas of the East End. The day, which is recognised as a major turning point in the struggle against fascism in Britain in the 1930s, became known as the Battle of Cable Street. 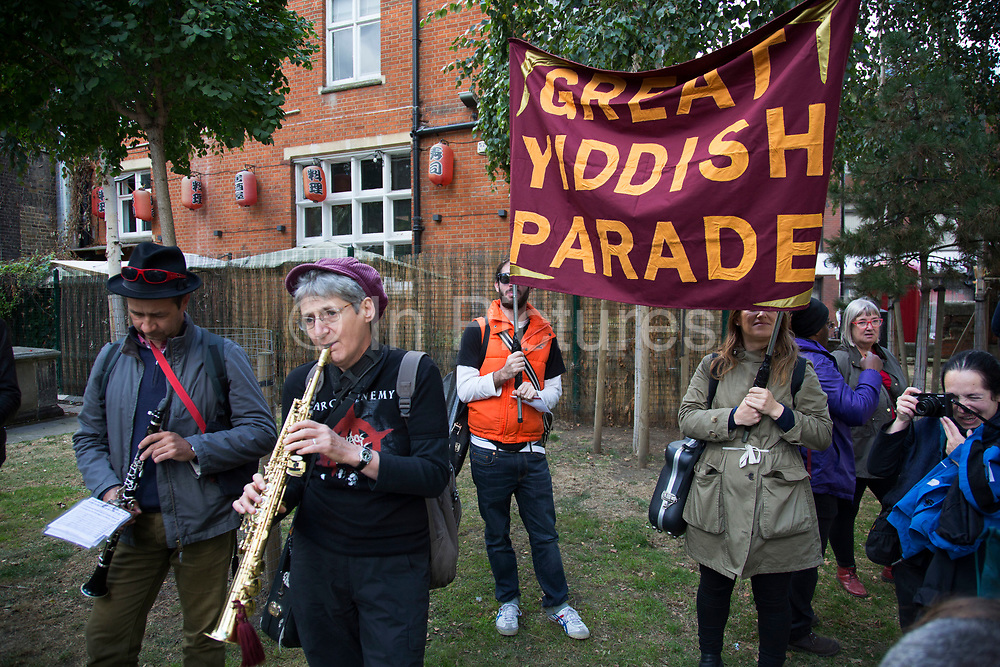