Pasted to the wall in Gerrard Street, Soho, in London's Chinatown, the Metropolitan Police are appealing for witnesses to help with their investigation of a murder of Vien Xuan Cao, a Chinese immigrant who was murdered in this street after being attacked with a meat cleaver. The implication is that this was a Triad turf war, a territorial dispute between gang members of this secret society. We see the young man's face photocopied to the paperwork, laid over more traditional images of ethnic Chinese and a boxing contest promotional poster. "Can you Help?" reads the Police's appeal and alongside, the same text has been translated into Chinese for locals to read. 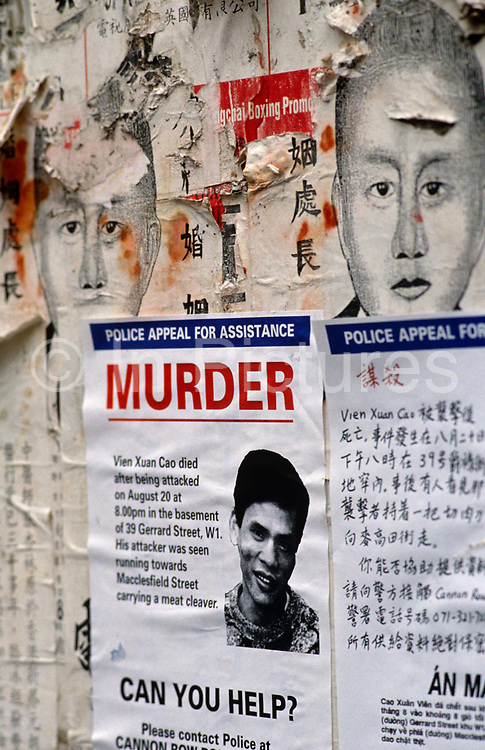