The modern city of London and the ancient temple Teotihuacan in Mexico. The giant ad for Mexican tourism is a riverside poster opposite 21st Century architecture. The holy city of Teotihuacan ('the place where the gods were created') is situated some 50 km north-east of Mexico City. Built between the 1st and 7th centuries A.D., it is characterized by the vast size of its monuments – in particular, the Temple of Quetzalcoatl and the Pyramids of the Sun and the Moon, laid out on geometric and symbolic principles. The City of London is a city and ceremonial county within London. It constituted most of London from its settlement by the Romans in the 1st century AD to the Middle Ages, but the conurbation has since grown far beyond the City's borders. 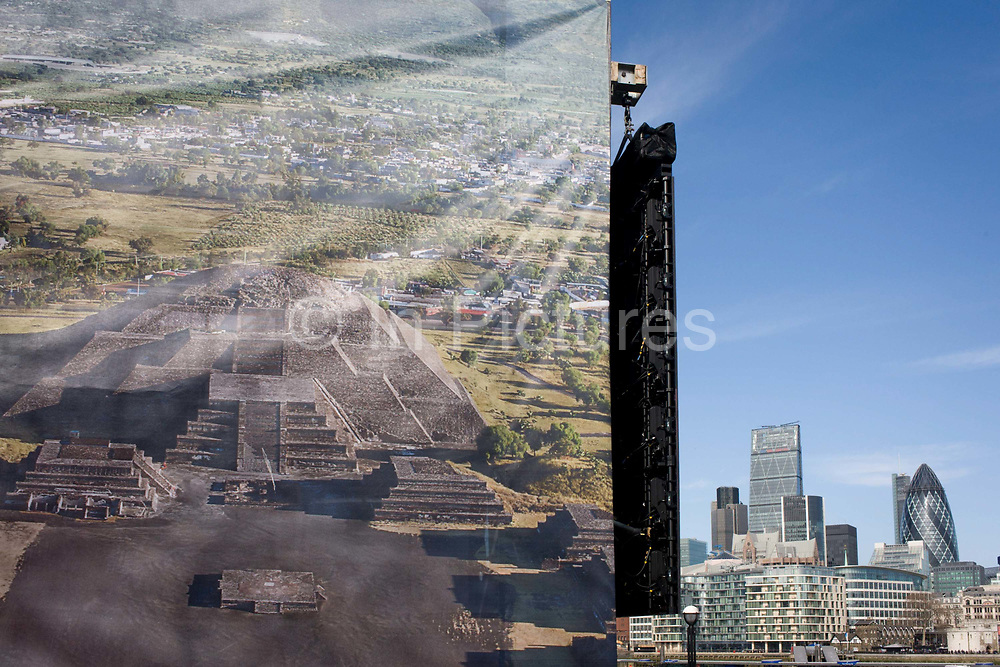