Reflected in a mirrored wardrobe door, Father Chris Vipers is a Catholic Priest chooses a chasuble that befits the character of the morning Mass in private dressing backroom called the Sacristy (also called the Vestry) at St. Lawrence's Catholic church in Feltham, London. The Father (the more formal term for a Catholic priest by his congregation) is already wearing an Alb which is the white linen vestment with close fitting sleeves, reaching nearly to the ground and secured round the waist by a girdle (cincture). Father Vipers is choosing a red chasuble to suit the Mass in honour of St Bartholomew, the Apostle. 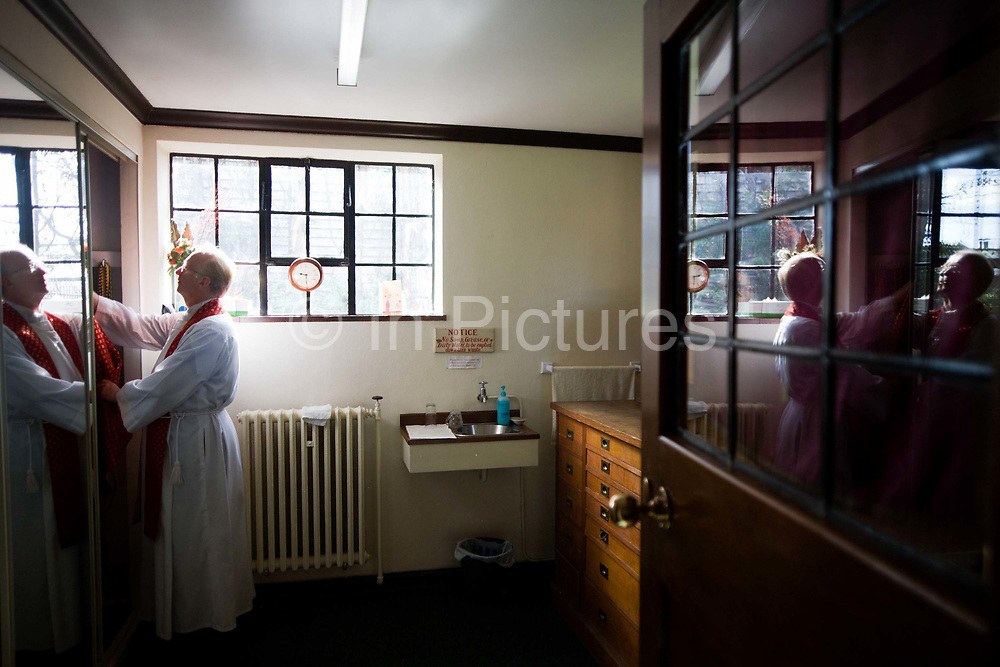