Children watch a Punch and Judy show in Twickenham in London, England, United Kingdom. Punch and Judy is a traditional, popular, and usually violent puppet show featuring Pulcinella, Mr. Punch, and his wife Judy. The performance consists of a sequence of short scenes, each depicting an interaction between two characters, most typically Mr. Punch and one other character who usually falls victim to Judys club. It is often associated with traditional British seaside culture. 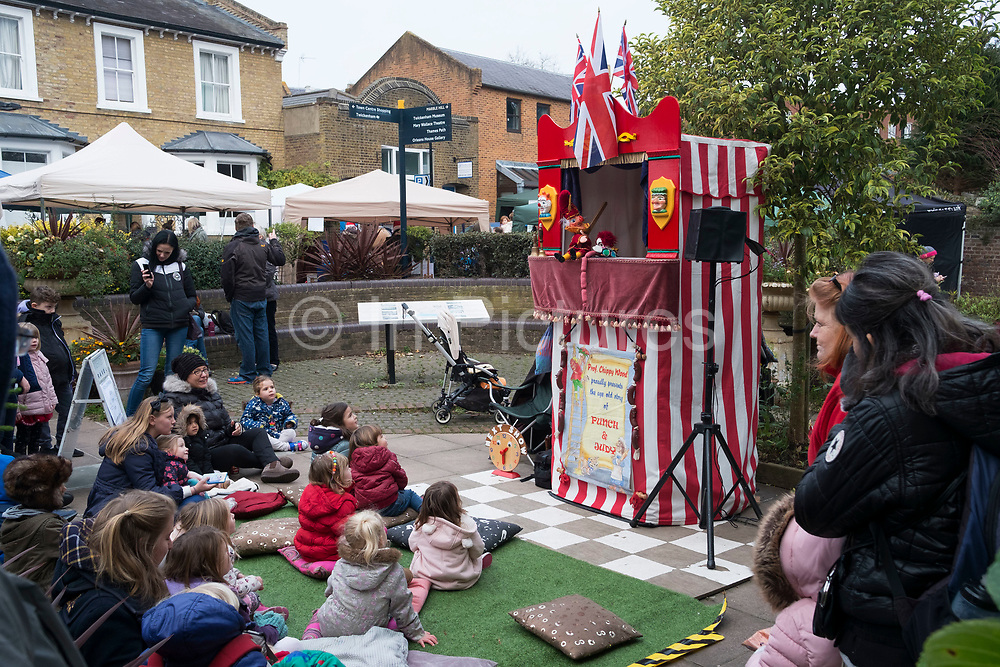