The cast of The Commitments perform a Christmas song outside the Palace Theatre in London's West End. As part of a PR launch for the production's Christmas season, the show's company stand outside the venue in the cold to sing one of their songs for passers-by and a video camera, used to promote the musical and attract more audiences. The girls wear low-cut red dresses and the boys santa hats. Roddy Doyle’s best selling novel, The Commitments has been adapted into a full scale stage musical, and had its world premiere at the Palace Theatre in the Autumn of 2013. 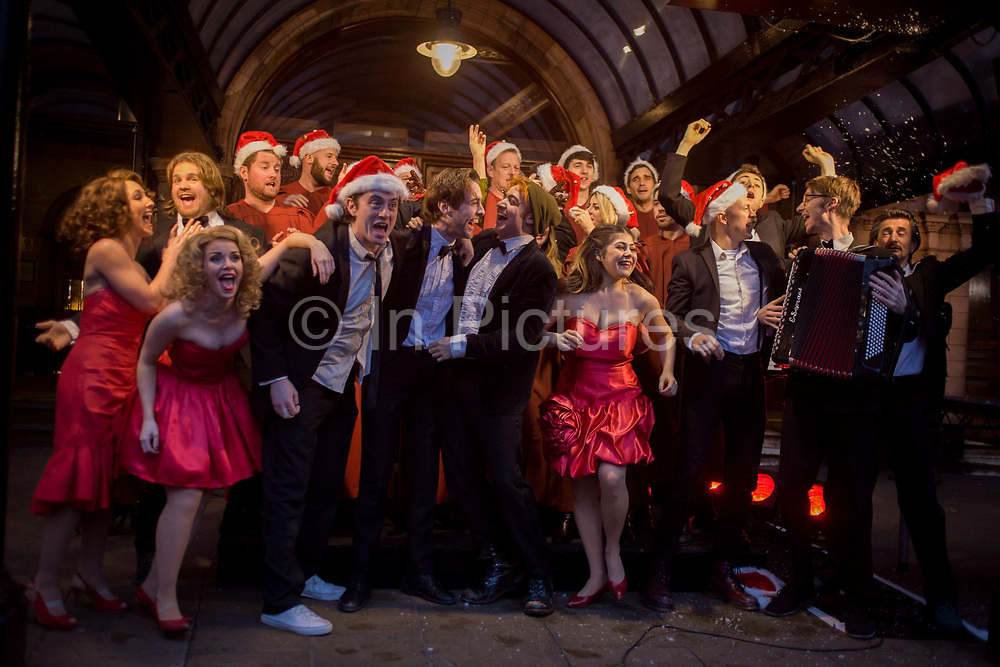