Shangri La is a festival of contemporary performing arts held each year within Glastonbury Festival. The theme for the 2015 Shangri La was Protest.
Man with orange wig and all-in-one with thong dances dancing in front of the "House of Come-Ons" club with girl in similar outfit. Club is decorated with the union jack pattern.
One individual sax player appearing in public as Anonymous, wearing Guy Fawkes mask. Anonymous is a loosely associated international network of activist and hacktivist entities. A website nominally associated with the group describes it as "an internet gathering" with "a very loose and decentralized command structure that operates on ideas rather than directives". The group became known for a series of well-publicized publicity stunts and distributed denial-of-service (DDoS) attacks on government, religious, and corporate websites. 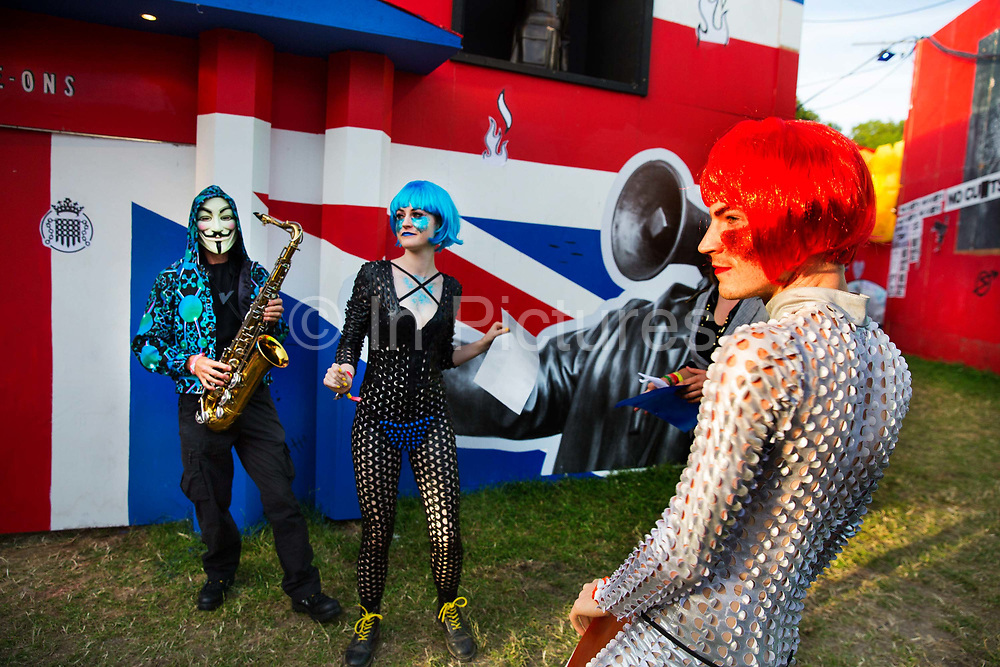