The tower containing Big Ben amid the Gothic architecture of Britain's Houses of Parliament and jogger on the Embankment. Passing-by at speed with a slight blur, the male sportsman runs by the racks of colourful postcards showing London scenes, their prices written on makeshift marker on a white board. Beyond is Westminster Bridge that stretches of the River Thames, towards the British Houses of Parliament, with Big Ben's clock tower rising high above. It is a fine sunny day and a woman is writing more prices for tourist mementoes of another board, leaning on the river wall. The House of Commons is the lower house of the Parliament of the United Kingdom, which also comprises the Sovereign and the House of Lords (the upper house). Both Commons and Lords meet in the Palace of Westminster. 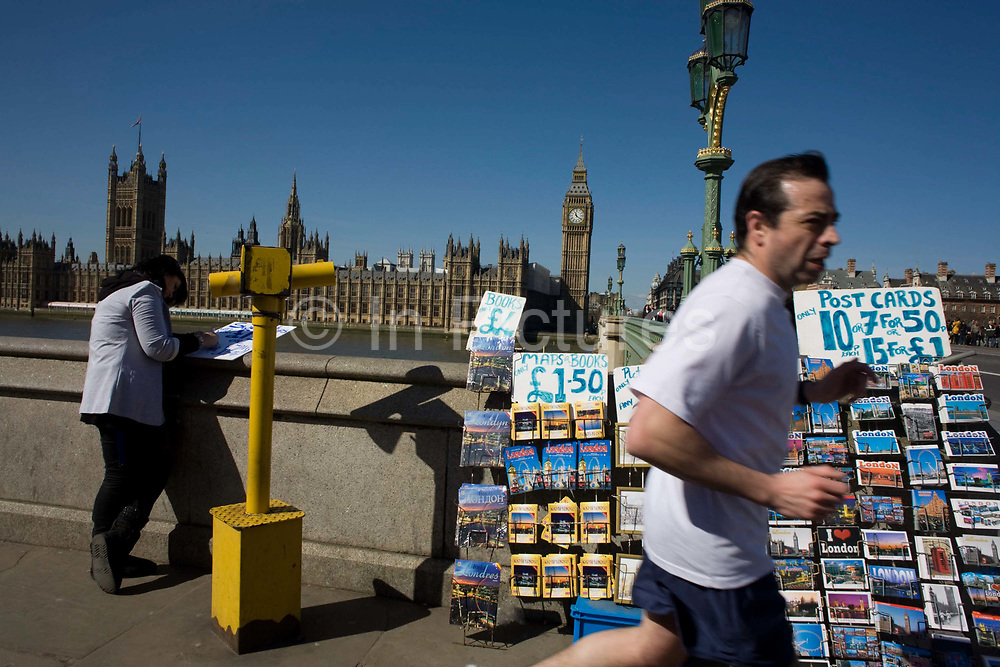