A woman drinking water in the relocated village of Ban Nongkinnaly, Phongsaly province, Lao PDR. The Phunoi village of Ban Komenmai was relocated to join with Ban Nongkinnaly in November 2013 to make way for the Nam Ou dam project. New houses come with water, electricity, a rice store, a kitchen, a toilet and two bedrooms. But nowhere to grow food and the villagers currently face a long trek of several kilometres back to their old fields.
In the Nam Ou river valley in Phongsaly Province, Lao PDR, the first phase of construction on the Nam Ou Cascade Hydropower Project by Chinese corporation Sinohydro has begun, the project will generate electricity, 90% of which will be exported to other countries in the region. The project will directly affect several districts in Phongsaly province through construction, reservoir impoundment and back flooding resulting in loss of land and assets and village relocation 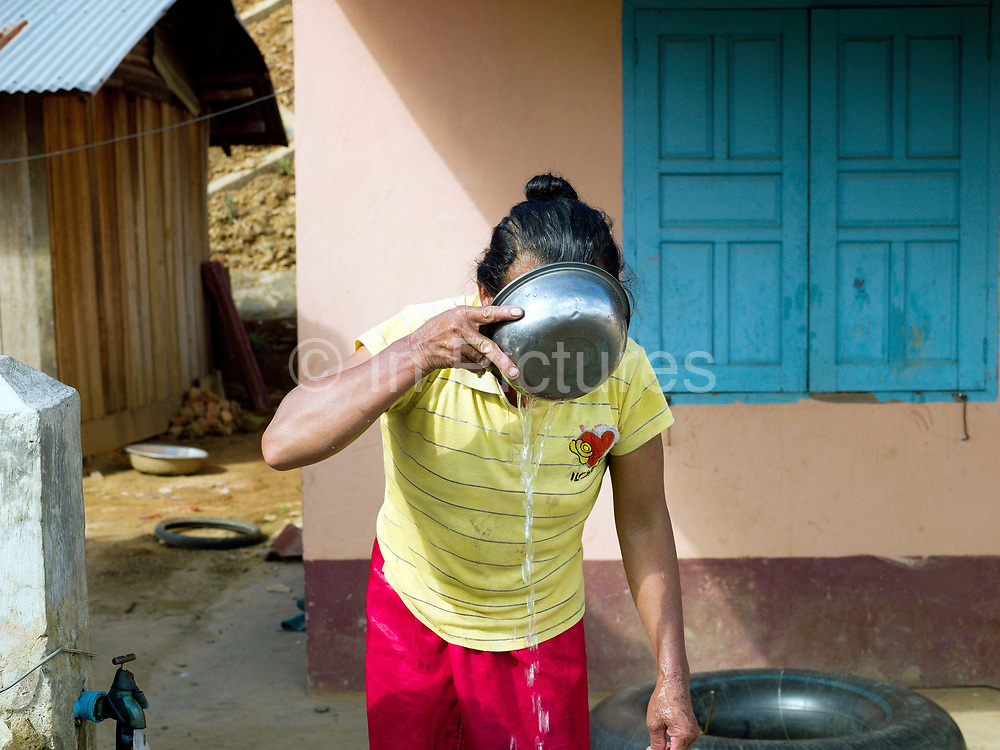