Beneath the snow-capped peak of Machapuchare (or Machhaphuchhare), otherwise known as the Fishtail, plus other peaks in this Himalayan Himal landscape, we see a group of Nepali locals chatting on low seats outside a home in the town of Pokhara, Nepal. The friends have a roughly-constructed dwelling that uses breeze bocks and concrete and we see a future attempt to make a first story extension. Machapuchare is revered by the local population as particularly sacred to the god Shiva and is therefore off limits to climbing. It’s at the end of a long spur ridge, coming south out of the main backbone of the Annapurna Himal, that forms the eastern boundary of the Annapurna Sanctuary and the peak is about 25km north of Pokhara, the main town of the region. 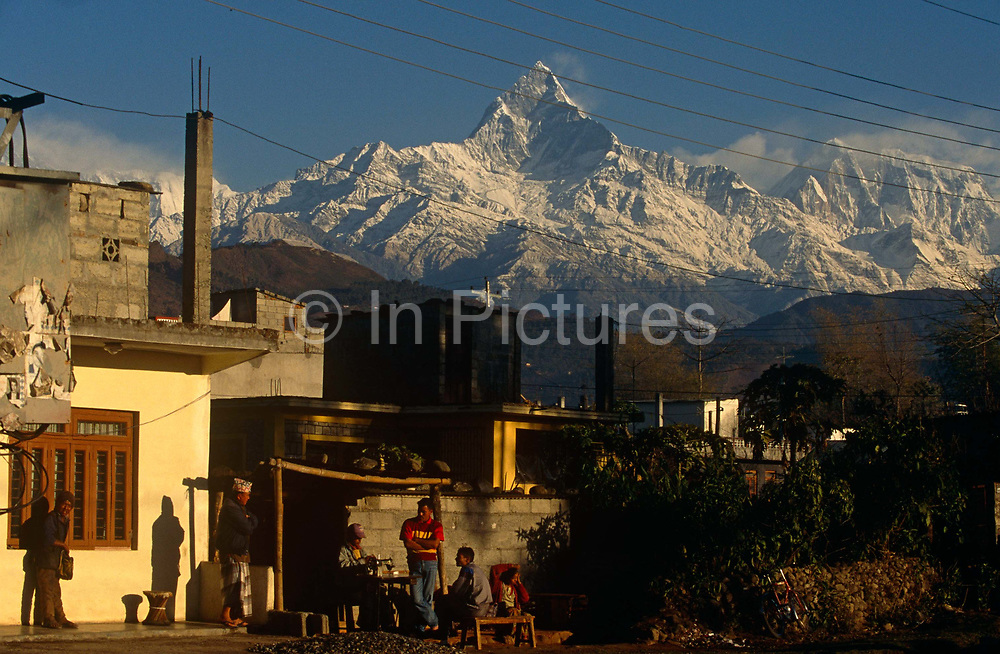