Neolithic standing stones at Avebury in Wiltshire, England. Two visitors walk along the bank which is the far side of the outer ditch that surrounds this ancient site in southern England. The Avebury complex is one of the principal ceremonial sites of Neolithic Britain that we can visit today. It was built and altered over many centuries from about 2850 BC until about 2200 BC and is one of the largest, and undoubtedly the most complex, of Britain's surviving Neolithic henge monuments. There were originally 98 sarsen standing stones, some weighing in excess of 40 tons and varied in height from 3.6 to 4.2. Avebury is designated a World Heritage Site. Entrance is free. 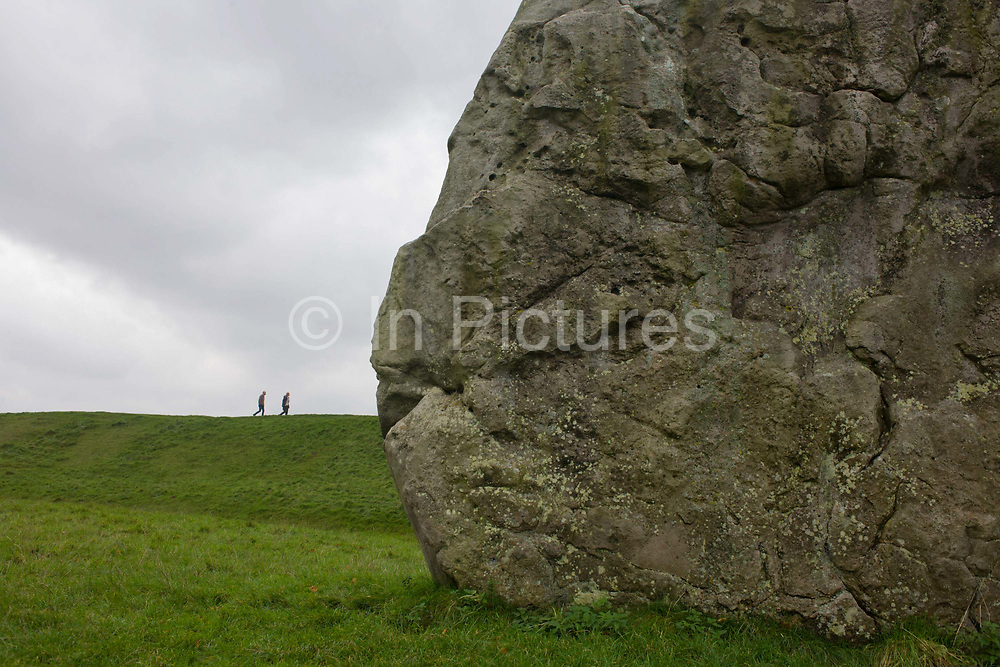