Police Liaison Officer informs people sitting down outside Downing Street that they can stay for five more minutes at Peoples Assembly National Demonstration Against Theresa May and Austerity - Not One Day More - Tories Out, on Saturday July 1st in London, United Kingdom. Tens of thousands of people gathered to protest in a march through the capital protesting against the Conservative Party cuts. Following the recent General Election where the Labour Party gained seats, while the Conservative Party lost their majority, the mood in the country has been one where an anti-austerity movement is growing as people become tired with Tory rule. 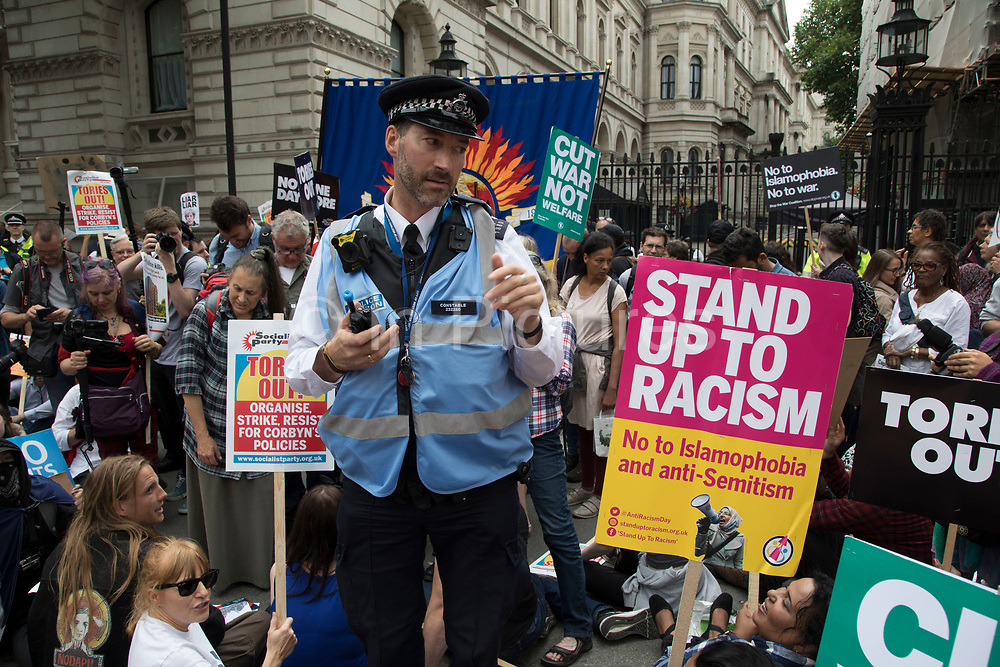