Climate change activists from Extinction Rebellion in the seaside town of Camborne in Cornwall social distancing protesting outside the offices of George Eustice as they believe he does not have the rural communities interests at heart on the 30th of May 2020 in Camborne, United Kingdom. Mr Eustice is the Secretary of State for Environment, Food and Rural Affairs. Prime Minister Boris Johnson has appointed Cornish MP George Eustice, a pro-Brexit former farming minister, as new Environment Secretary. Eustice has been described as a 'real countryman' but has a patchy voting record on climate action. He has been given the role after working as a junior minister in the Department for Environment, Food and Rural Affairs, DEFRA since 2015. 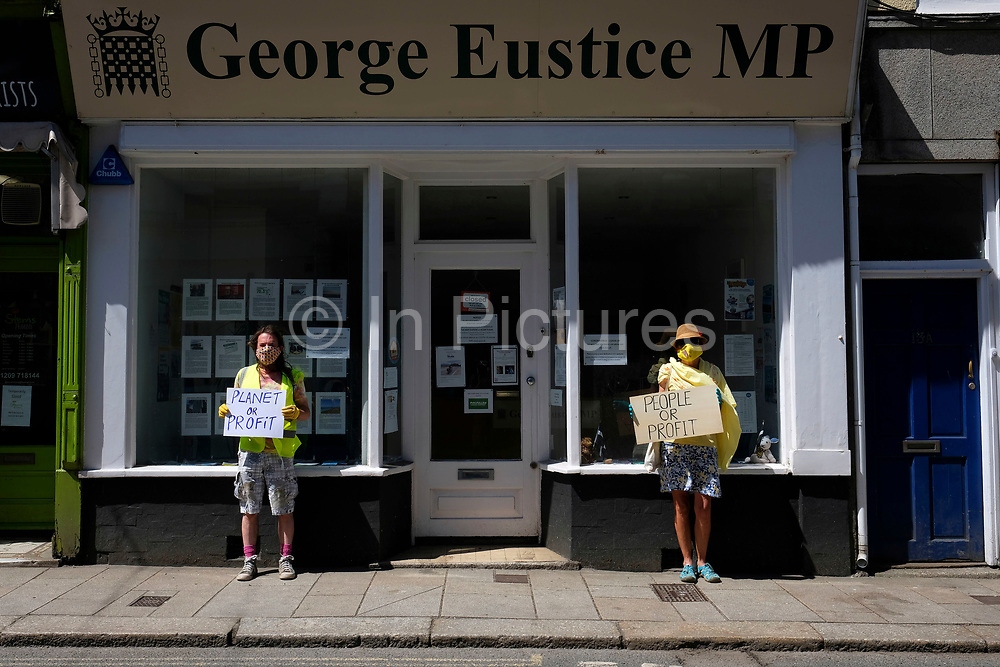