A woman street beggar prostrates herself on a pavement, ignored by Italian shoppers and pedestrians in Florence. As shoppers and tourists walk past in a hurry, pulling suitcases or carrying shopping, the people walk around the kneeling body whose stick lies on the ground with a paper cup to collect any spare change offered. There seems to be a mixture of indifference, pity and shame for what has become the modern face of Italian society in this once-grand medieval city. The city lies on the River Arno and is known for its history and its importance in the Middle Ages and in the Renaissance, especially for its art and architecture. A centre of medieval European trade and finance and one of the wealthiest cities of the time, Florence has been called the Athens of the Middle Ages. 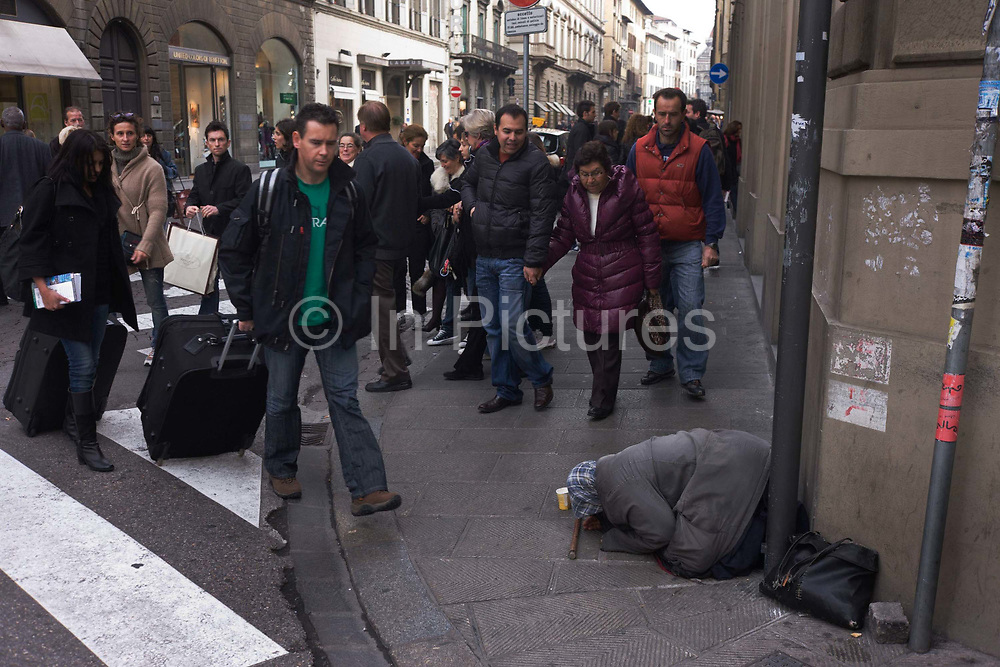