Guards await tourists near Ramessid columns in the peristyle court at the ancient Egyptian site of Medinet Habu (1194-1163BC), the Mortuary Temple of Ramesses III in Luxor, Nile Valley, Egypt. Medinet Habu is an important New Kingdom period structure in the West Bank of Luxor in Egypt. Aside from its size and architectural and artistic importance, the temple is probably best known as the source of inscribed reliefs depicting the advent and defeat of the Sea Peoples during the reign of Ramesses III. According to the country's Ministry of Tourism, European visitors to Egypt is down by up to 80% in 2016 from the suspension of flights after the downing of the Russian airliner in Oct 2015. Euro-tourism accounts for 27% of the total flow and in total, tourism accounts for 11.3% of Egypt's GDP. 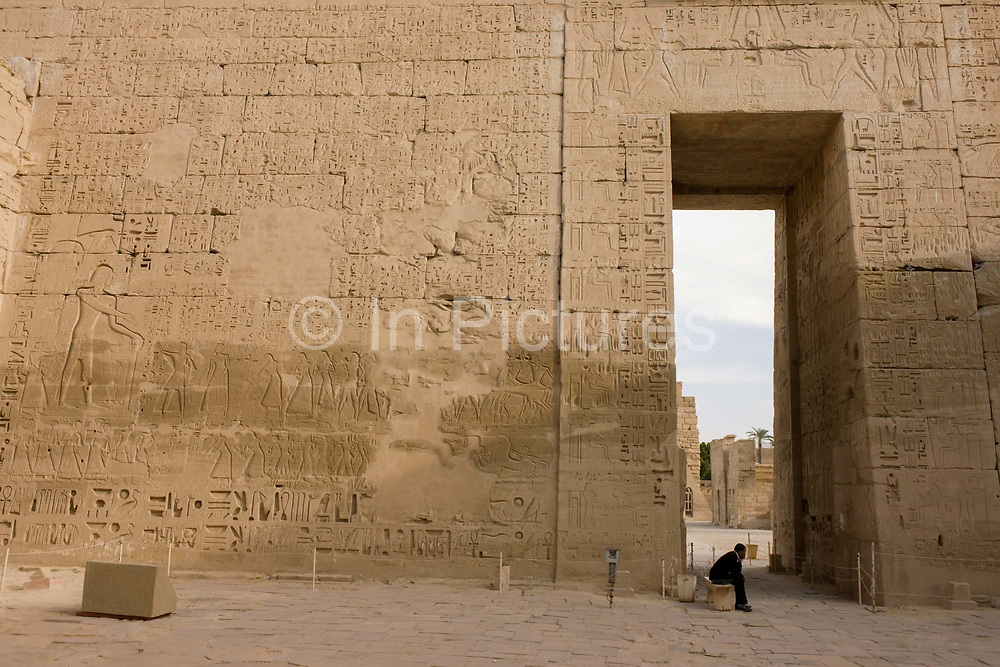