France - Paris - Tourists and Hermaphrodite statue in the Louvre

Tourists admire the marble statue of Hermaphrodite at the Louvre, Paris. Hermaphroditus is life size, reclining on a couch with a form that is partly derived from ancient portrayals of Venus and other female nudes and partly from contemporaneous feminised Hellenistic portrayals of Dionysus/Bacchus. It represents a subject that was much repeated in Hellenistic times and in ancient Rome, to judge from the number of versions that have chanced to survive. It derives its name from its best known examples, in marble, which were part of the Borghese collection. The Musée du Louvre is one of the world's largest museums, the most visited art museum in the world and a historic monument. A central landmark of Paris, France, it has 100,000 objects from prehistory to the 19th century are exhibited over an area of 60,600 square metres (652,300 square feet). 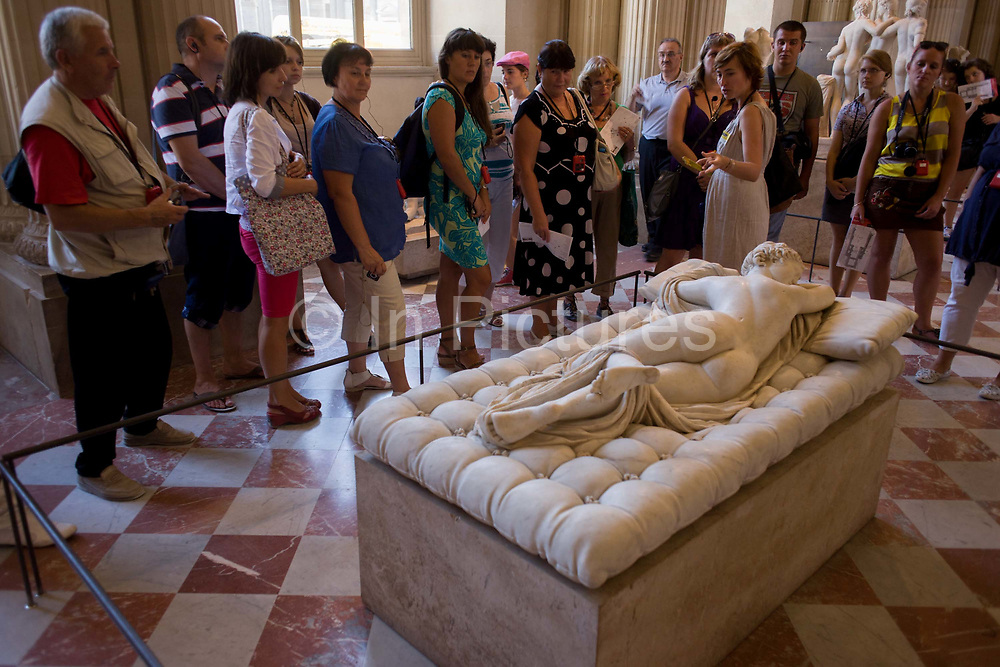