The Streatham High Road remains closed as police officers perform a fingertip search on the crime scene, 24hrs after the terrorist attack in south London, in which Sudesh Amman, 20, was shot dead by police after stabbing people, on 3rd February 2020, in London, England. Amman had been released from prison a week ago after serving half of a sentence for terror offences, and was under police surveillance. Three people were injured but none is in a life-threatening condition. 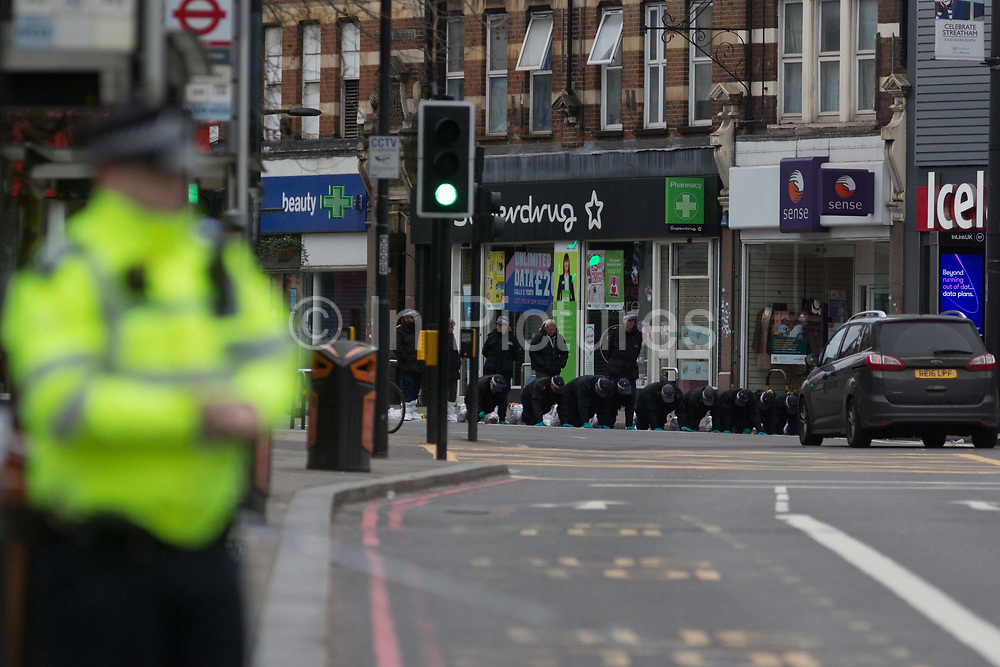