A visitor bends to read the description for a pair of giant Assyrian protective spirits - an Ugallu - or great Lion, preceded by what may be a House God from about 700-692BC from the ancient city of Nineveh, an ancient Mesopotamian city located in modern day Iraq; it is on the eastern bank of the Tigris River, and was the capital of the Neo-Assyrian Empire. It was the largest city in the world for some fifty years[1] until, after a bitter period of civil war in Assyria itself, it was sacked by an unusual coalition of former subject peoples, the Babylonians, Medes, Persians, Chaldeans, Scythians and Cimmerians in 612 BC. 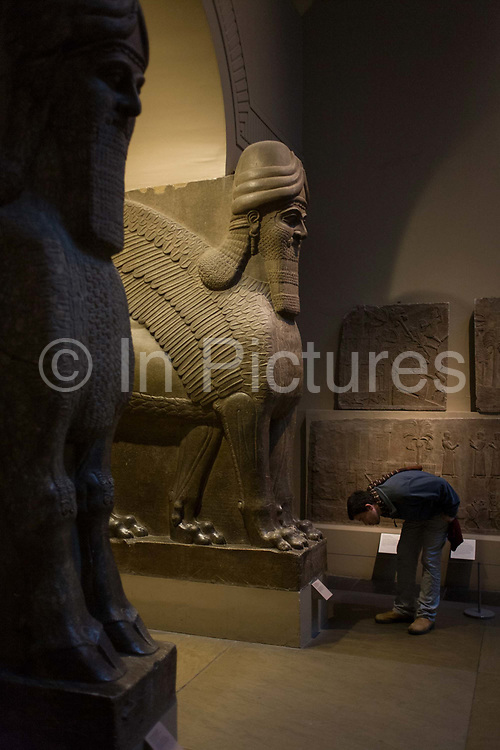