The art activist protest group Bp-or-not-Bp make an artistic intervention at the British Museum to highlight the fact that the oil company BP sponsors a show called Sunken Cities at the Museum May 17 2016. (photo by Kristian Buus/In Pictures via Getty Images) A bottle with crude oil from the oil dissaster in the Guld of Mexico, caused by BP and a tear gas canister used in Egypt is on display surrounded by the many small black stones. The press release states: "The lines of stones in the artwork represent the 340 people forcibly disappeared in the four months prior to BP signing a $12bn dollar deal with the Sisi regime – a rehash of a deal it had made with the Mubarak regime. The total number disappeared under the Sisi regime may run into thousands. Teargas is a weapon that was used both to repress popular protest in Tahrir Square during the revolution but also those who actively opposed BP’s operations in the country. " 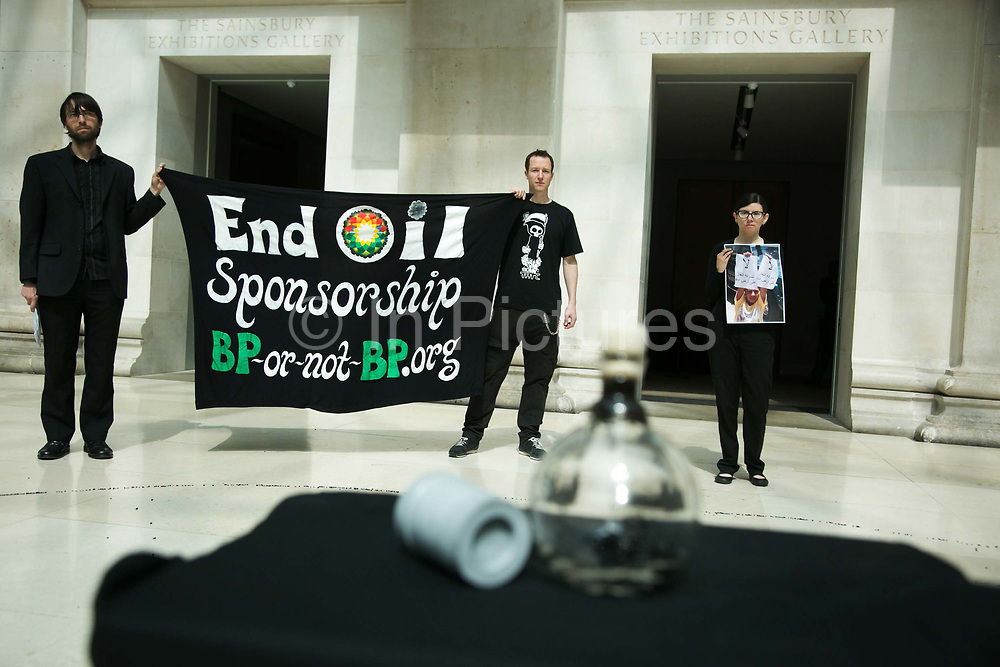