Roa is a Belgian street artist renowned for his giant black and white animals which can be found on walls and shutters in varying states of decay. This is a new piece made in March 2012 of a piglet with flayed skin, and the first time use of colour has been seeen in his work in London. There are also a few Rats and Birds which reside on shop shutters along Brick Lane. 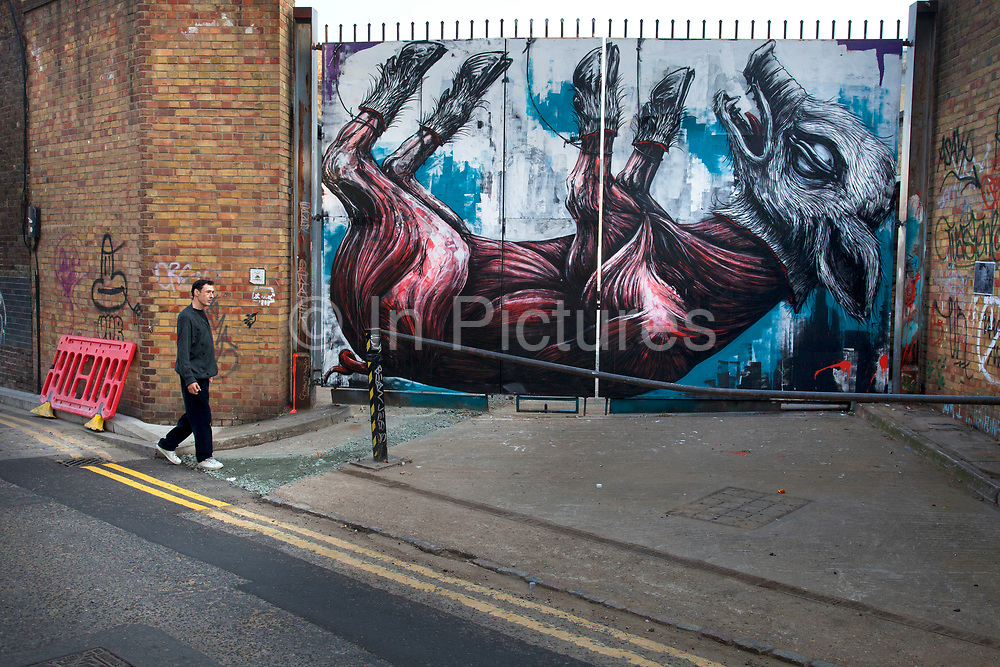