A week after a Black Lives Matter protest turned to violence when the statue of wartime Prime Minister Sir Winston Churchill was daubed in graffiti which called him a racist, and despite warning from police not to attend protests at all today - and to be off the streets by 5.00pm - a large group crowd of right-wing groups gathered at the boxed-in statue to protect it from further vandalism by Black Lives Matter and anti-racism opponents. Alongside the statue of Sir Robert Peel, the founder of the modern police force, Met Police officers also guarded the boxed-in statue of Nelson Mandela which the far-right had said they would attack, on 13th June 2020, in London, England. 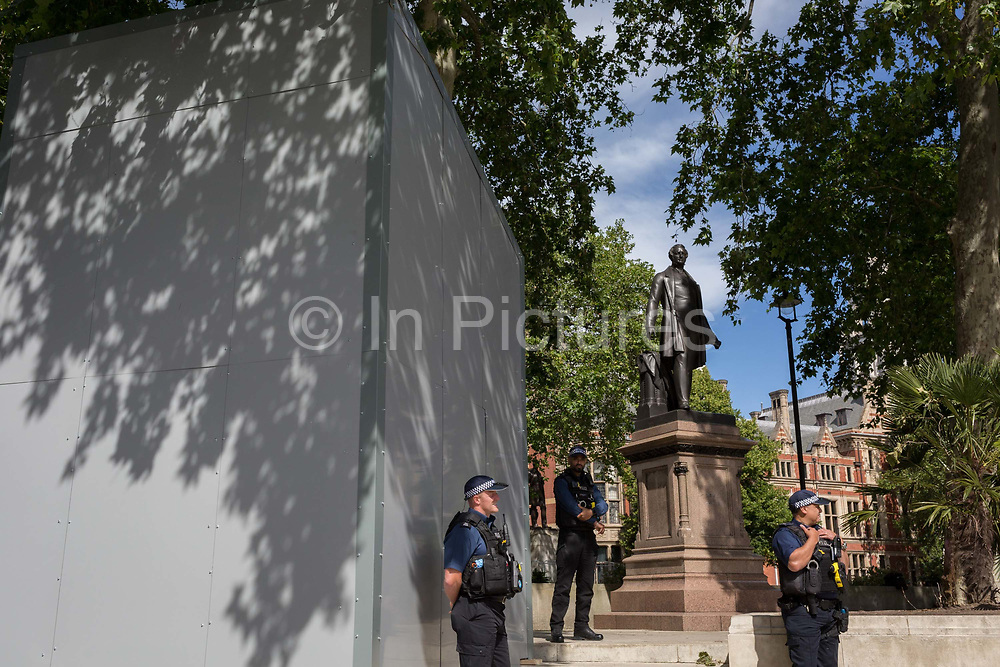